This is code I built for the Home Credit default risk competition on Kaggle. This should be seen more as an ML engineering achievement than a data science top of the line prediction model.

What will you find in the repo?

However you will hopefully find an inspiring way to architecture your ML project in a fast, scalable and maintainable way. It also demonstrate how to to machine learning on top of existing SQL databases instead of loading everything in Pandas. 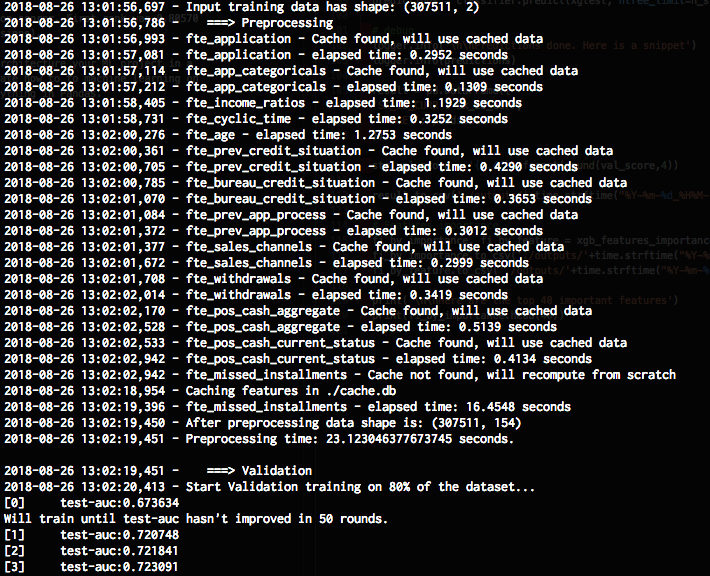 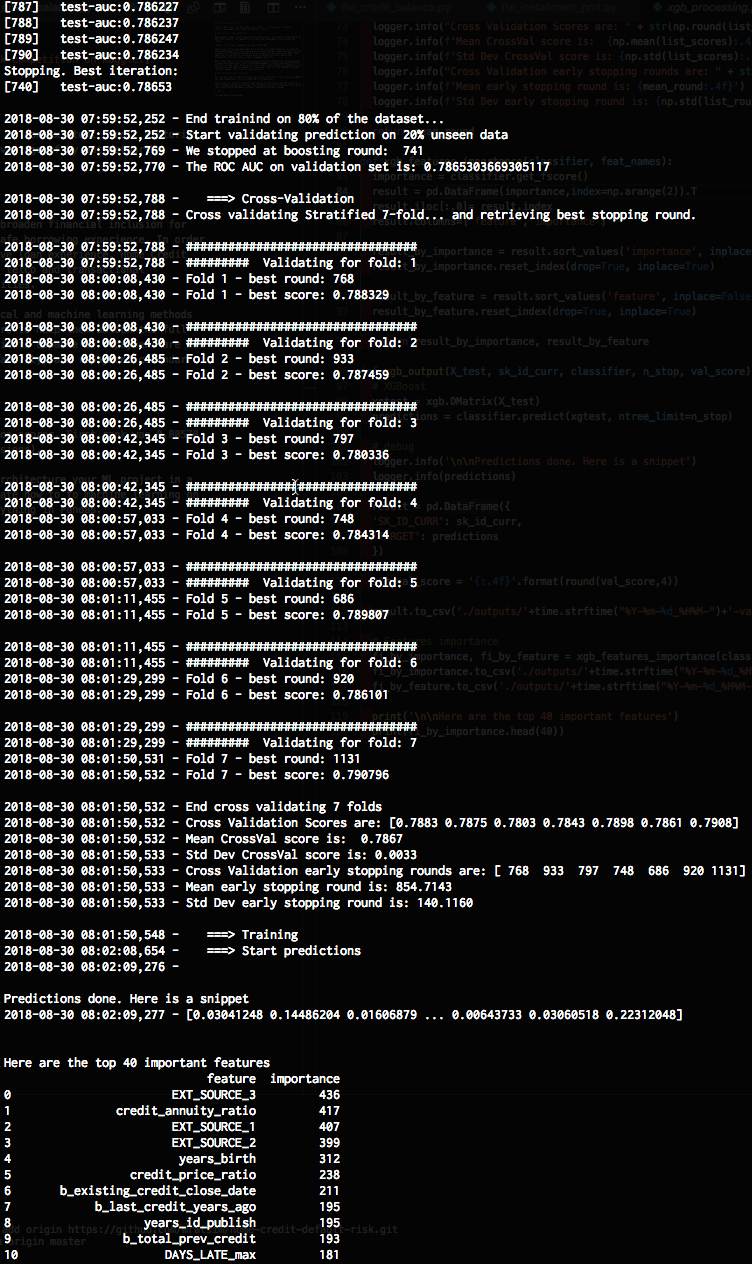 If you're a Kaggler and just want to run the code go to Starting point. Otherwise, skip the starting point and go directly to the competition description.

The code expects all CSVs to be stored in a SQlite database in ./inputs/inputs.db. Data is available on Kaggle Home Credit default risk competition:

I used csvs-to-sqlite https://github.com/simonw/csvs-to-sqlite, which is built on top of Pandas. Note that the new DBeaver 5.1.5 added CSV import, it's my recommended SQL browser in any case.

Run python m000_xgboost_baseline.py to get a baseline score with just application_train/application_test

Run python m100_predictions.py to see the full pipeline in action.

If you want to edit a feature engineering step:

If you want to add a complete new step, follow one of the already existing examples.

The framework offers the following features:

In this example we built features from scratch but this framework also offers advanced feature selection similar to the sklearn-pandas package. See there: https://github.com/mratsim/meilleur-data-scientist-france-2018/blob/master/m110_feat_eng.py#L17-L36

Description of the competition

Many people struggle to get loans due to insufficient or non-existent credit histories. And, unfortunately, this population is often taken advantage of by untrustworthy lenders. 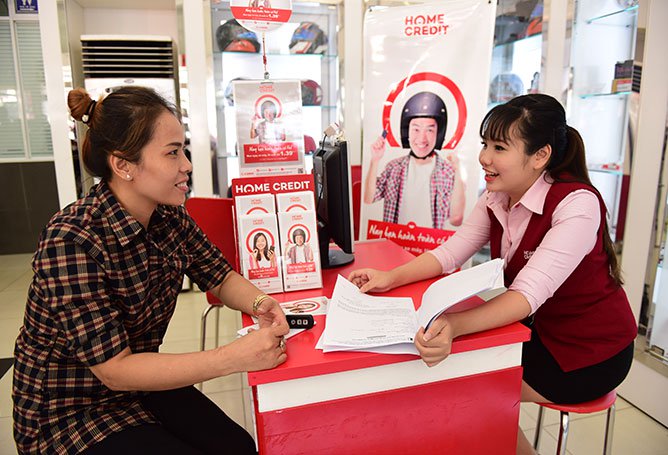 Home Credit strives to broaden financial inclusion for the unbanked population by providing a positive and safe borrowing experience. In order to make sure this underserved population has a positive loan experience, Home Credit makes use of a variety of alternative data--including telco and transactional information--to predict their clients' repayment abilities.

While Home Credit is currently using various statistical and machine learning methods to make these predictions, they're challenging Kagglers to help them unlock the full potential of their data. Doing so will ensure that clients capable of repayment are not rejected and that loans are given with a principal, maturity, and repayment calendar that will empower their clients to be successful.

Fast to run and iterate

Furthermore, you can do feature engineering with any SQL editor with advanced previews, multiple panes: 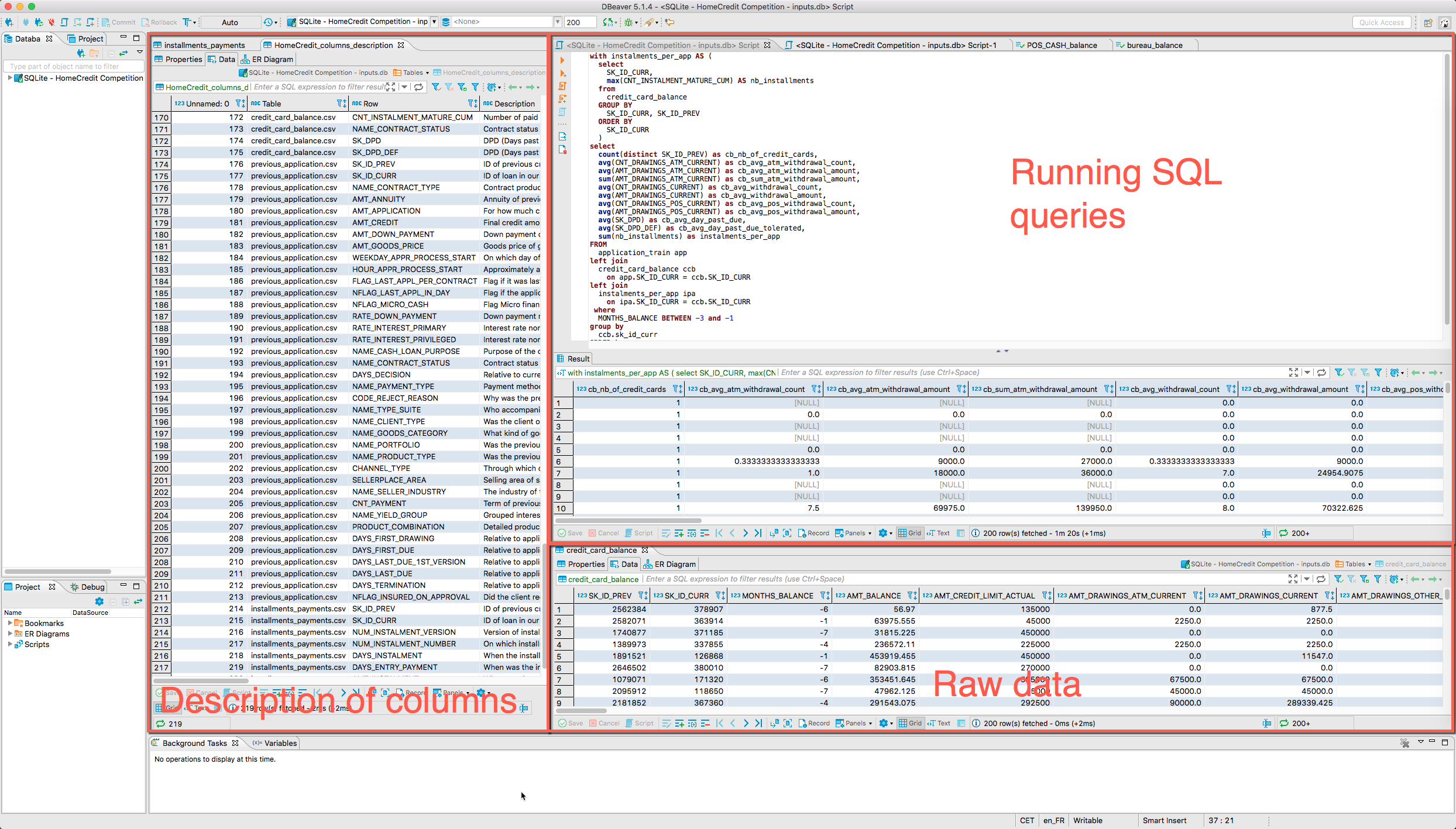 Every costly step of the pipeline can be cached using shelve from the Python standard library. This avoid having to recompute everything for small changes. While I started machine learning, I was pretty excited with Sklearn pipelines but after tinkering with them a lot they unfortunately came up short on many front:

The code to achieve this is extremely simple, for example the credit card balance feature engineering is just the following: 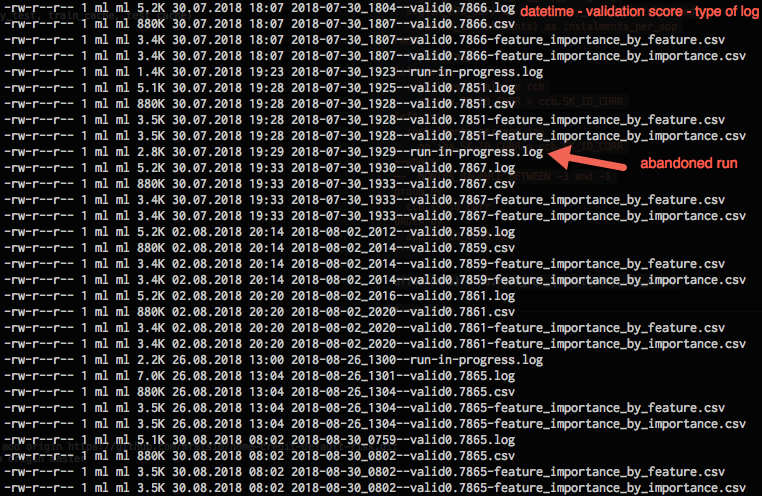 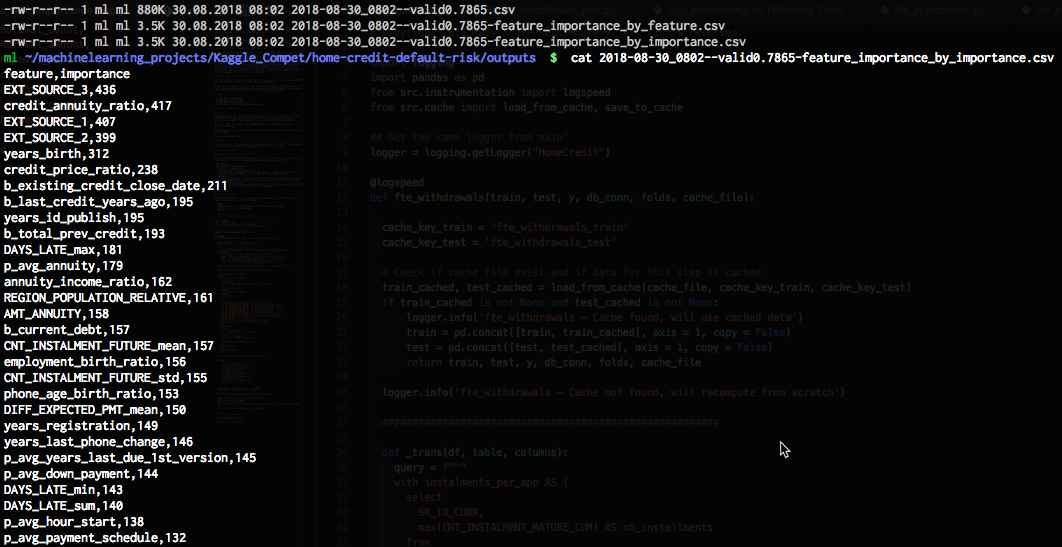 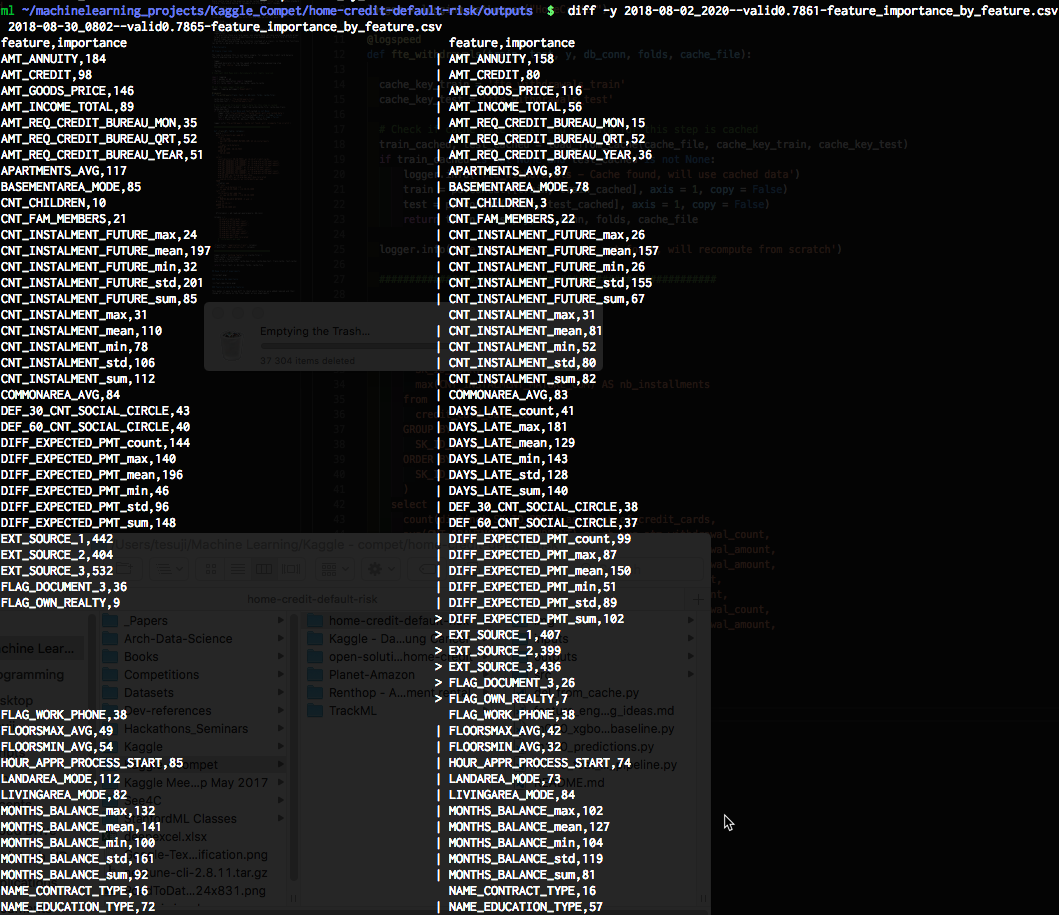 I hope you learned something with this repo. Feel free to ask questions in Github issues.