This is the example code for my book Microservice patterns. 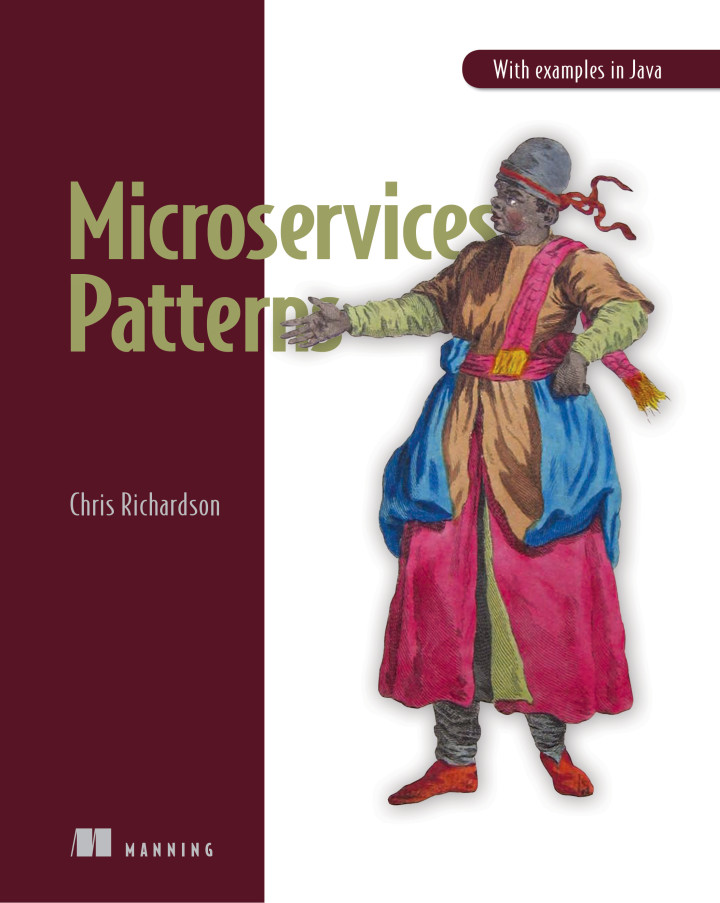 Please create a github issue and I’ll do my best to help you.

Not surprisingly, this application has a microservice architecture. There are the following services:

This section maps the chapters to the code.

The services that participate in these sagas define the following command handlers:

Building and running the application

Build the services using this command:

Run the application using this command:

This can take a while.

You can also access the application via the API Gateway at http://localhost:8087. However, currently it doesn’t have a Swagger UI so you will have to use curl, for example.

Note: if the containers aren’t accessible via localhost - e.g. you are using Docker Toolbox, you will have to use ${DOCKER_HOST_IP} as described below.

Stop the application using this command:

Deploying the application on Kubernetes

You can run this command

You can run the script to undeploy the services:

If you want to delete the persistent volumes for Apache Kafka, Zookeeper and MySQL please run the command:

Setting environment variables to do development

You should not need to set any environment variables. To run the application, you certainly do not. Similarly, to do development (e.g. run tests), you typically do not need to set any environment variables. That’s because Docker containers are generally accessible (e.g. Docker for Windows/Mac) on the host via localhost. However, if Docker is running elsewhere (e.g. you are using Docker Toolbox) you will need to set DOCKER_HOST_IP.

A quick way to set the environment variables is to run the script ./set-env.sh.

The value of DOCKER_HOST_IP must be meaningful to both Java services/tests running on your desktop/laptop and to Docker containers. Please do NOT set it to the unresolvable hostname of your machine, localhost or 127.0.0.1 since the Docker containers will probably not work correctly.

Verifying that DOCKER_HOST_IP is set correctly

You can verify that DOCKER_HOST_IP is set correctly by running this command:

Setting the environment variable in your IDE

If you want to run Java services/tests within your IDE on your desktop/laptop AND the Docker containers are not accessible via localhost THEN you will need to set DOCKER_HOST_IP within your IDE. How to do this depends on your operating system and IDE. For example, I find it convenient to launch my IDE from the command line and after setting this environment variable.