A very fast and lightweight (no dependency) library for creating ODS (Open Document Spreadsheet, mainly for Calc) files in Java. It's a Martin Schulz's SimpleODS fork.

Here's what some of the produced documents in the tutorial look like:

A regular table (export of a SQL ResultSet): 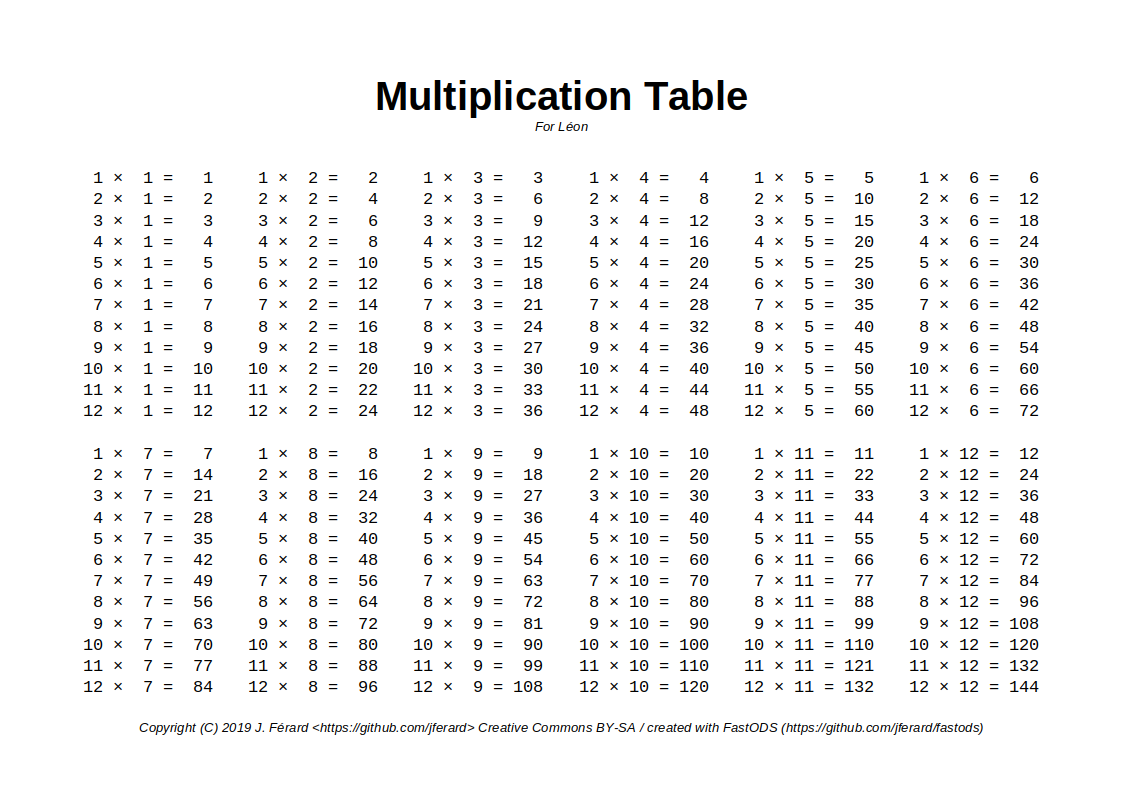 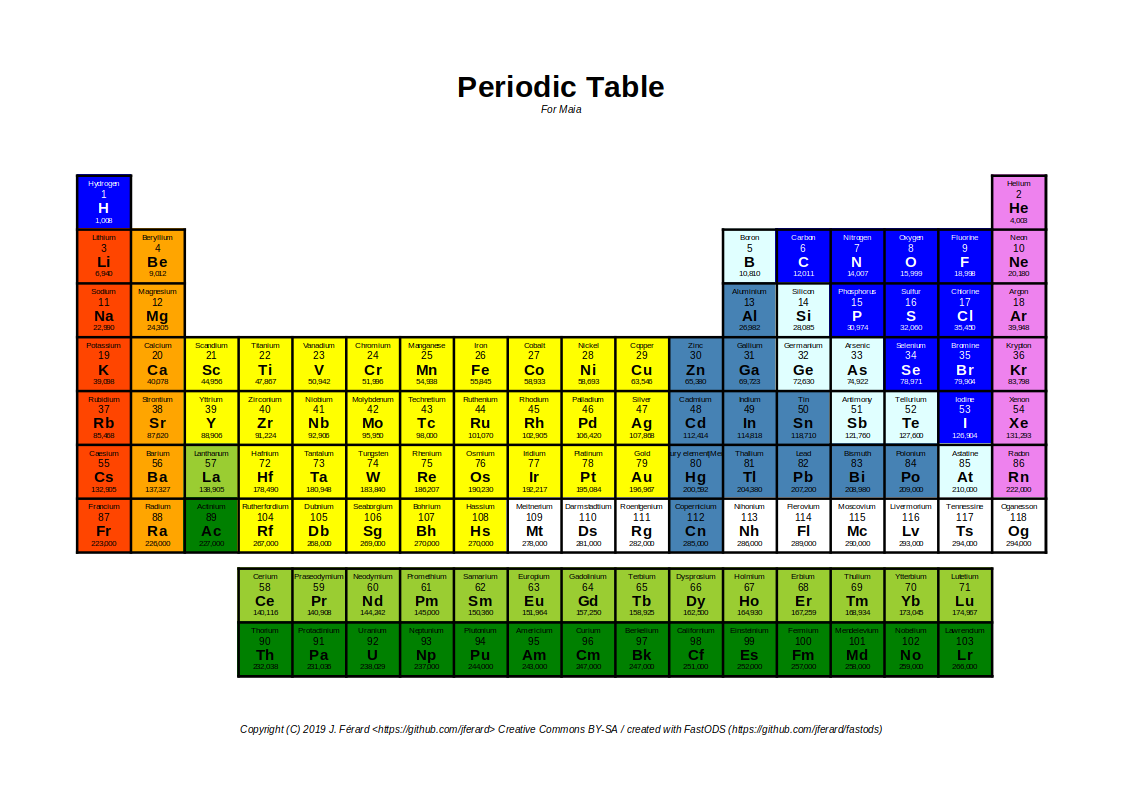 Because I need to write big and simple ODS files very fast in Java.

There are some very good libraries for OASIS Open Document Format, like Simple ODF or JOpenDocument, but they are a little bit slow and cumberstone for only writing very simple spreadsheets. There is a simple and fast library by Martin Schulz, Simple ODS, but it is now discontinued, outdated (Java 1.3), has a few limitations (incorrect handling of UTF-8 encoding, missing XML escaping for attributes), etc.

FastODS is a fork of SimpleODS that aims to be a very fast ODS writing library in Java. A lot of features have been added.

(Thanks to M. Schultz for his work.)

FastODS won't deal with odt, odg, odf, or other od_ files. It won't even read ods files. Because it doesn't use XML internally, but only for writing files. That's why it is fast and lightweight.

While an OpenDocument producer like FastODS can be reasonably simple because it just has to focus on the creation of OpenDocument files, OpenDocument consumers like LibreOffice, OpenOffice, Excel, ... are expected to handle numerous files created by various producers and are therefore more complex. Although the spec states that a producer has to:

parse and interpret OpenDocument documents according to the semantics defined by this specification [...] but it need not interpret the semantics of all elements, attributes and attribute values. (emphasis mine)

we expect those applications to open almost every proper OpenDocument file. But that's not so easy, because LibreOffice, OpenOffice, Excel, ... do not understand some tags, attributes or attribute values.

To be pragmatic, I chose to consider LibreOffice as the reference implementation. Hence the documents created by FastODS should be fully understood by LibreOffice (whereas there is a specific option to disable this enforced compatibility and to produce files that are slightly more concise). There is no plan to adapt the documents created by FastODS to OpenOffice, Excel or another reader, although it will be done if possible (your help is welcome).

FastODS has no runtime dependency beyond the standard Java Library version 6 or higher. Even the XML code is manually produced.

However, specific modules like fastods-crypto and fastods-extra have dependencies, but those are usually not needed.

Add the following dependency to your POM:

For the latest version, type the following command:

And add the following dependency to your POM:

First download the jar file from the latest release.

Then run the following command to install the jar in your local repo:

Taken from the tutorial:

Writing a full documentation would be a considerable work, because every time you change the library, you have to rewrite the doc.

My idea is to provide a set of examples of the features of FastODS. This is ensures that the doc is up to date.

Those examples are located in the examples module and are fully commented. A tutorial was extracted from this examples.

Note: All documents produced in the tutorial are validated against OpenDocument RELAX NG schemas.

To run those examples, one has to run:

The resulting ods files are written in generated_files directory, and can be opened with LibreOffice or OpenOffice.

To run those examples, one has to run:

The resulting ods files are written in generated_files directory, and can be opened with LibreOffice or OpenOffice. See the integration tests directory

Let's be concrete : FastODS is approximately twice as fast as SimpleODS and ten times faster than JOpenDocument for writing large ODS files. (SimpleODF is clearly not the right tool to write large ODS files.)