Based on the add-on of the same name by luminousspice.

After installing the addon you will another option tab under the deck options called "Straight Rewards": 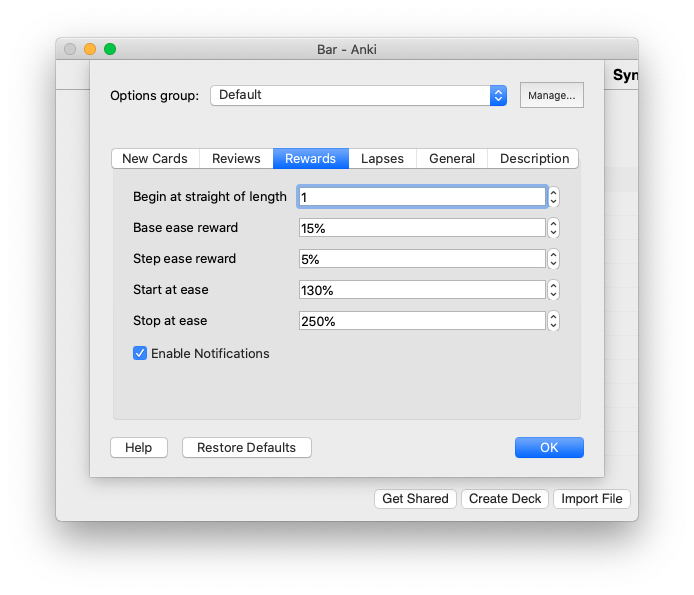 Formula for calculating the Ease Reward

The addon knows two mechanisms to detect cards which apply for an ease reward:

The review hook increases the ease of cards during the review. You will get a notification whenever a success straight is detected: 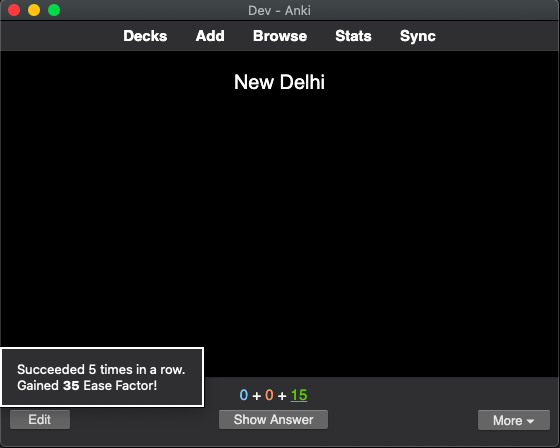 The sync hook increases the ease of cards during syncing. Applies when you do reviews on another platform (e.g. AnkiMobile or AnkiDroid) and sync those to Desktop Anki. 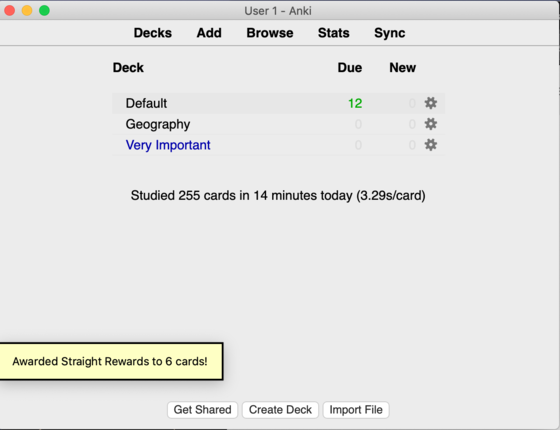 All ease changes applied through the sync hook are logged in the addon folder under user_files/sync_log.