A tool to allow batch PDF export for free Notion users. You can export as HTML with subpages and then use this tool to convert those into PDFs.

Get the latest download for Windows and Mac from the releases page: 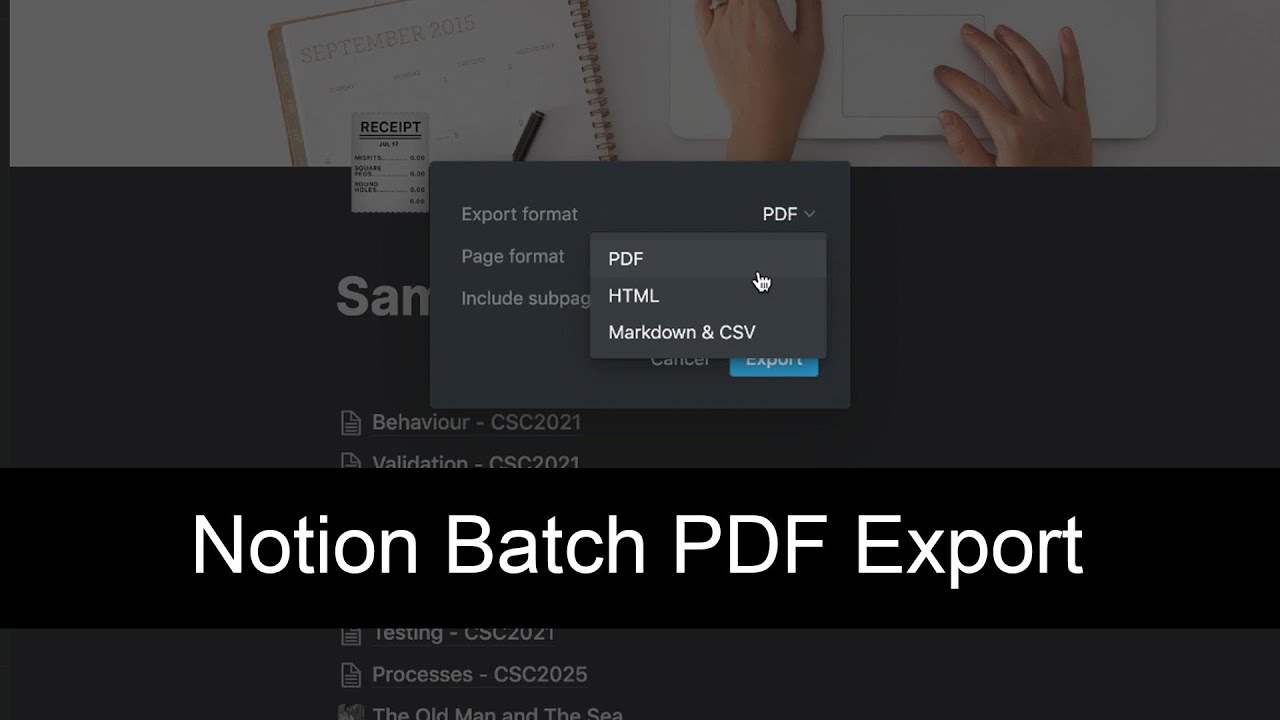 Running the Project on Node

This is tricky. A lot of adjustments had to be made so that it can run without node.

Executables are compiled with a very specific version of nexe that allows access to the filesystem, which has a tricky setup procedure.

Run install_nexe_win.bat as admin on Windows, will take about 5 minutes to install fully.

Run install_nexe_mac on Mac, will take about 5 minutes to install, and you will need to enter password. This sometimes doesn't seem to work properly, so might be worth doing manual install if there's problems.

Now we should have the correct version of nexe for building.

Run build_win32.bat on Windows to build a Windows Executable. This can be found in /dist/win32 and everything in that folder must be distributed together.

Run build_macos on Mac to build a Mac Executable. This can be found in /dist/macos and everything in that folder must be distributed together.

If you wish to compile for Mac on Windows or Vice Versa, you can do so using the manual method below. This is trickier and will require obtaining a phantomjs binary built for the desired platform and placing it in the correct place.

To build a Windows Executable, run the command:

in the root directory of the project.

To build a Mac executable, run the command:

in the root directory of the project. Note that this is built under the name 'npe' which is done for a reason.

To distribute the Windows Executable, place it in a directory with the following:

To distribute the Mac Executable (npe), place it in a directorywith the following:

This project uses wkhtmltopdf for the conversions. This brilliant tool was created by Jakob Truelsen and is now maintained by Ashish Kulkarni. Version 0.12.6 has been used, and can be downloaded here.

wkhtmltopdf is released under the LGPL-3.0 License which can be found at utils/wkhtmltopdf/LICENSE. The source code is available at the wkhtmltopdf repository.