This project is a proof of concept of building a decentralized key-value store on top of IPFS. This project was build as part of the course Building Scalable Blockchain Applications with Big Data Technology at the Hasso Plattner Institute.

The main focus of this project is a consensus algorithms for a network of nodes to agree on a consistent order of inserts transactions. The consensus algorithm is based on ELASTICO by Luu et al. (2016) which promises near linear agreement throughput with an increasing node count. For network communication Akka Cluster is used. The results were evaluated using different sized networks with up to 200 nodes.

For development, you can run the service locally with additional dummy actors using:

This requires a running instance of IPFS. To run the service with a mocked IPFS instance, run:

You can interact with the store through the REST-API as follows: 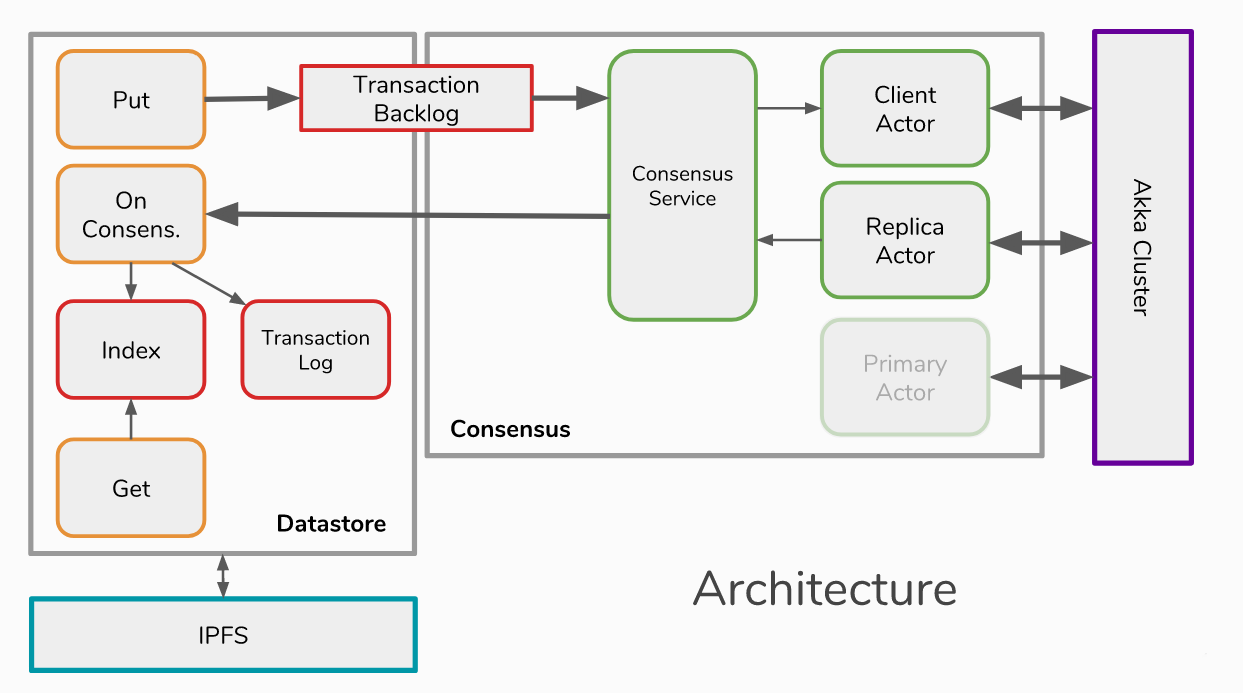 When adding a new key-value pair to a node, the following steps are done:

Getting the value for a key

When reading a key, that reached consistency in the network, the node only has to look up the respective content hash from its index. Using this content hash, it can return the value stored in IPFS. Note that in order to guarantee consistent reads, further measures such as quorum reads have to be implemented.

For our experiments, the Community Assignment Server simplifies the dynamic community assignment by registering new nodes joining the cluster and statically assigning a community number to each node.

Following http GET routes are supported:

For our experiments, we initially set up two seed-nodes. Next, we dynamically added further nodes for the different experiment setups. Nodes can be deployed on various instances including container engines. In our case, we used DigitalOcean with one s-1vcpu-1gb instance for each store node. After all nodes have joined the network, we added new random key-value pairs to all nodes in the network using round-robin scheduling. Finally, the start and end events of the consensus rounds for each transaction are pulled from the logs of all nodes. The duration of a consensus round is defined by the difference between the timestamp of the event starting the consensus round and the latest timestamp of a node agreeing on this transaction.

The following table shows some of the results based on the experiment setup described before. For these experiments, the nodes are distributed equally between the communities. 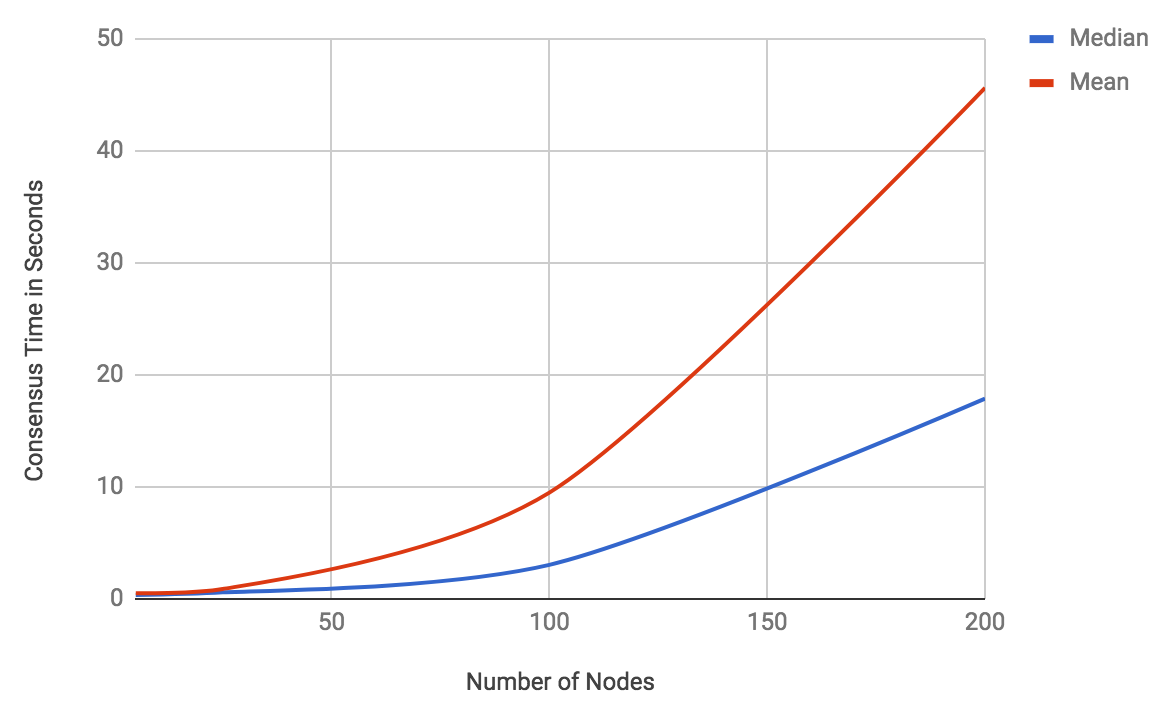 The chart shows that there are differences in growth between the median and mean. These differences might indicate an increasing network overhead and its resulting outliers of consensus durations.

More details on all experiments and the raw log files can be found here.