Demo project for the goomph Gradle plugin, also makes heavy use of bnd-platform.

The plugins are applied as follows: 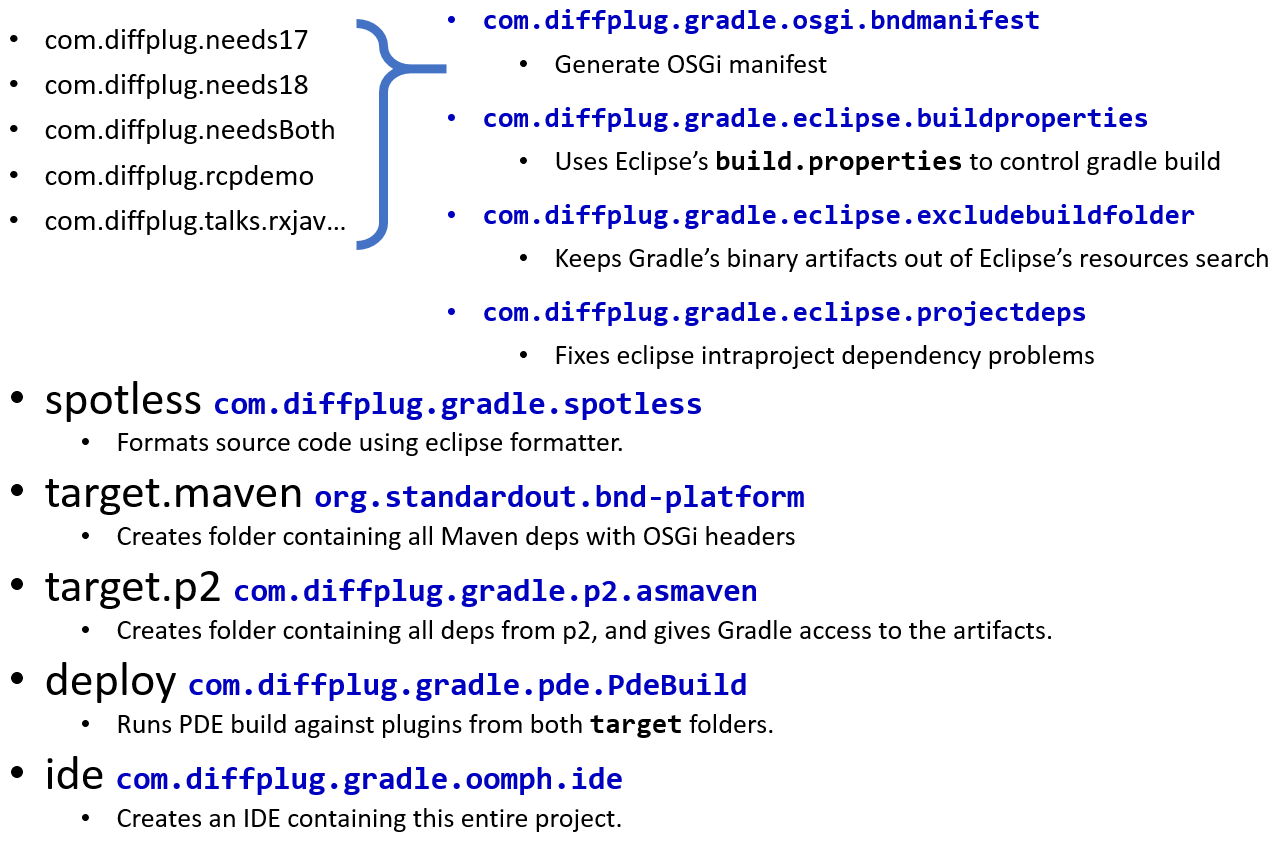 See "Gradle and Eclipse RCP.pptx" in this repo for more details. Based on a talk given at Gradle Summit 2016 (video).

A second talk based on this work will be given at EclipseConverge 2017.