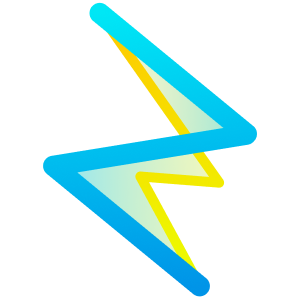 Stop writing scripts to interact with your APIs. Call them as CLIs instead.

Zum (German word roughly meaning "to the" or "to" depending on the context, pronounced /tsʊm/) is a tool that lets you describe a web API using a TOML file and then interact with that API using your command line. This means that the days of writing custom scripts to help you interact and develop each of your APIs are over. Just create a zum.toml, describe your API and forget about maintaining more code!

While there are tools out there with goals similar to zum, the scopes are quite different. The common contenders are OpenAPI-based tools (like SwaggerUI) and cURL. To me, using an OpenAPI-based documentation tool is essential on any large enough API, but the description method is very verbose and quite complex, so often times it is added once the API has quite a few endpoints. On the other hand, cURL gets very verbose and tedious very fast when querying APIs, so I don't like to use it when developing my APIs. As a comparison, here's a curl command to query a local endpoint with a JSON body:

And here is the zum command to achieve the same result:

Now, imagine having to run this command hundreads of times during API development changing only the values on the request body, for example. You can see how using cURL is not ideal.

The complete documentation is available on the official website.

The basic principle is simple:

We get more in-depth with how to structure the zum.toml file and how to use the zum CLI on the complete documentation, but for now let's see a very basic example. Imagine that you are developing an API that gets the URL of a song on YouTube. This API, for now, has only 1 endpoint: GET /song (clearly a WIP). To describe your API, you would have to write a zum.toml file similar to this one:

Now, to get your song's URL, all you need to do is to run:

Notice that, after the zum command, we passed an argument, that in this case was dada. This argument tells zum that it should interact with the endpoint described on the dada endpoint section, denoted by the header [endpoints.dada]. As a rule, to access an endpoint described by the header [endpoints.{my-endpoint-name}], you will call the zum command with the {my-endpoint-name} argument:

Beware! There are some nuances on these attribute definitions, so reading the complete documentation is highly recommended.

The params of an endpoint

On the previous example, the route was static, which means that zum will always query the same route. For some things, this might not be the best of ideas (for example, for querying entities on REST APIs), and you might want to interpolate a value on the route string. Let's say that there's a collection of songs, and you wanted to get the song with id 57. Your endpoint definition should look like the following:

The headers of an endpoint

The headers are defined exactly the same as the params. Let's see a small example to illustrate how to use them. Imagine that you have an API that requires JWT authorization to GET the songs of its catalog. Let's define that endpoint:

Now, to acquire the catalog, we would need to run:

⚠ Warning: Notice that, for the first time, we surrounded something with quotes on the CLI. The reason we did this is that, without the quotes, the console has no way of knowing if you want to pass a parameter with a space in the middle or if you want to pass multiple parameters, so it defaults to receiving the words as multiple parameters. To stop this from happening, you can surround the string in quotes, and now the whole string will be interpreted as only one parameter with the space in the middle of the string. This will be handy on future examples, so keep it in mind.

This will send a GET request to http://localhost:8000/catalog with the following headers:

And now you have your authorization-protected music catalog!

The body of an endpoint

Just like params and headers, the body (the body of the request) gets defined as an array:

To run this endpoint, you just need to run:

This will send a POST request to http://localhost:8000/living-beings with the following request body:

Notice that you can also cast the parameters to different types. You can read more about this on the complete documentation's section about the request body.

Of course, sometimes you need to use some params, some headers and a body. For example, if you wanted to create a song inside an authorization-protected album (a nested entity), you would need to use the album's id as a param, the "Authorization" key inside the headers to get the authorization and the new song's data as the body. For this example, the song has a name (which is a string) and a duration in seconds (which is an integer). Let's describe this situation!

Now, you can call the endpoint using:

This will call POST /albums/8/songs with the following headers:

And the following request body:

As you can probably tell, zum receives the params first on the CLI, then the headers and then the body. In pythonic terms, what zum does is that it kind of unpacks the three arrays consecutively, something like the following: