👉 Use our HowTo pages to get you going and start saving time and nerves when managing your bookmarks and code snippets. The following helpers and extensions will assist you along the way:

The other extensions function more or less after the same principle

Worthy public bookmarks are published regularly on Github at codeverland/bookmarks.

Setup (development or self hosting)

These instructions will get you a copy of the project up and running on your local machine for development and testing purposes.

The project is developed with the MEAN stack and Keycloak for authentication and authorization:

What you need to run this app:

Docker and Docker-compose are currently used only for local development

⚠️   When you run docker compose for the first time uncomment the following -Dkeycloak.migration.action=import line :

in the docker-compose file, so that the initial Keycloak setup (realm and users) is loaded.

⚠️   For further startups of docker-compose you should comment back this line, as it starts faster

Use -d to run it in the background

You want to have the backend API running first with the following commands:

or in one line nvm use; npm install; npm start

You can create your own test user, or any other extra users by following the screenshots in Add a Keycloak user to create it.

To be able to automatically add youtube videos published date and duration to the title you need to create a nodemon.json file based on the backend/nodemon.json.example and your own youtube api key

Run the integration test by issuing the following command.

A report will be generated.

You can use the Dev Tools in Chromium based browsers (e.g. Chrome, Brave). Navigate to Sources and the file you want to set your break points, like in the following example: 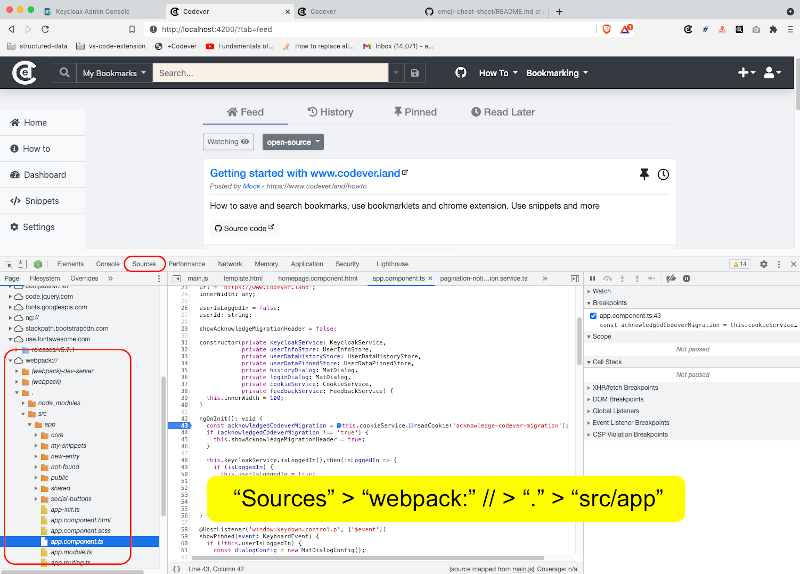 In IntelliJ you add Javascript Debug configuration as shown below: 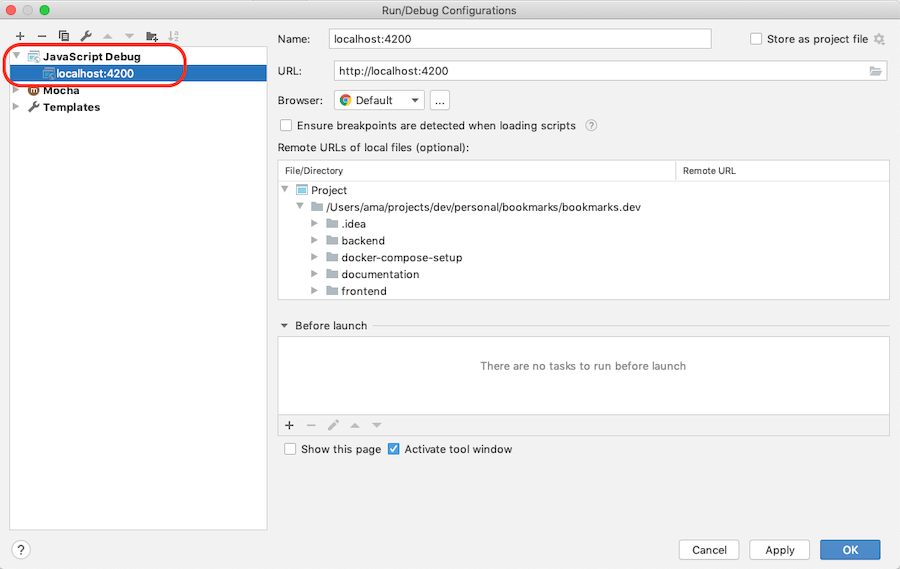 The npm run debug starts nodemon with the --inspect parameter so you can attach to this process, by using the following configuration: 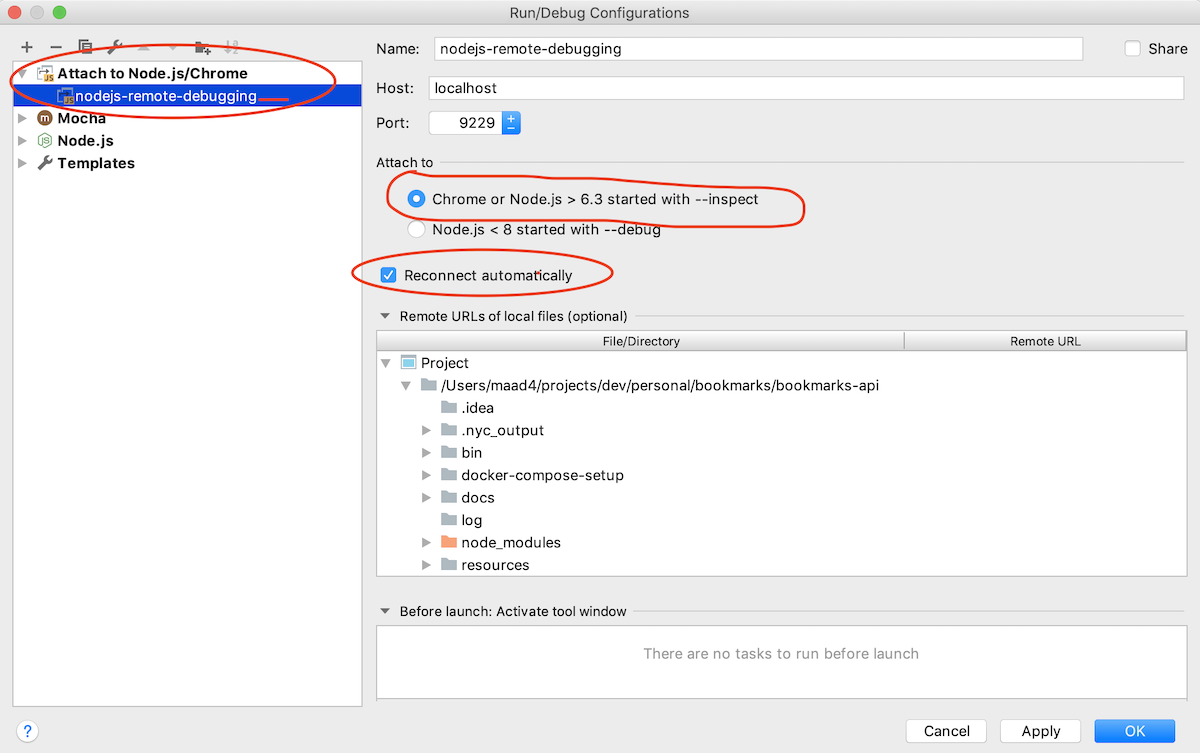 See Node.js debugging in VS Code with Nodemon

Blog posts related to Codever features and implementation details can be found on Codepedia.org and Dev.to

Please read CONTRIBUTING.md for details on our code of conduct, and the process for submitting pull requests to us.

We use SemVer for versioning. For the versions available, see the tags on this repository.

The changelog is available in CHANGELOG.md

To update the changelog execute the following commands:

This project is licensed under the MIT License - see the LICENSE file for details.