A free to use / edit / extend crowdfunding tool for Shopify with multiple goals and variants as campaign tiers.

Made by Craig Mod.

Video tutorial for setting this up: https://www.youtube.com/watch?v=DXP9iKARaYY 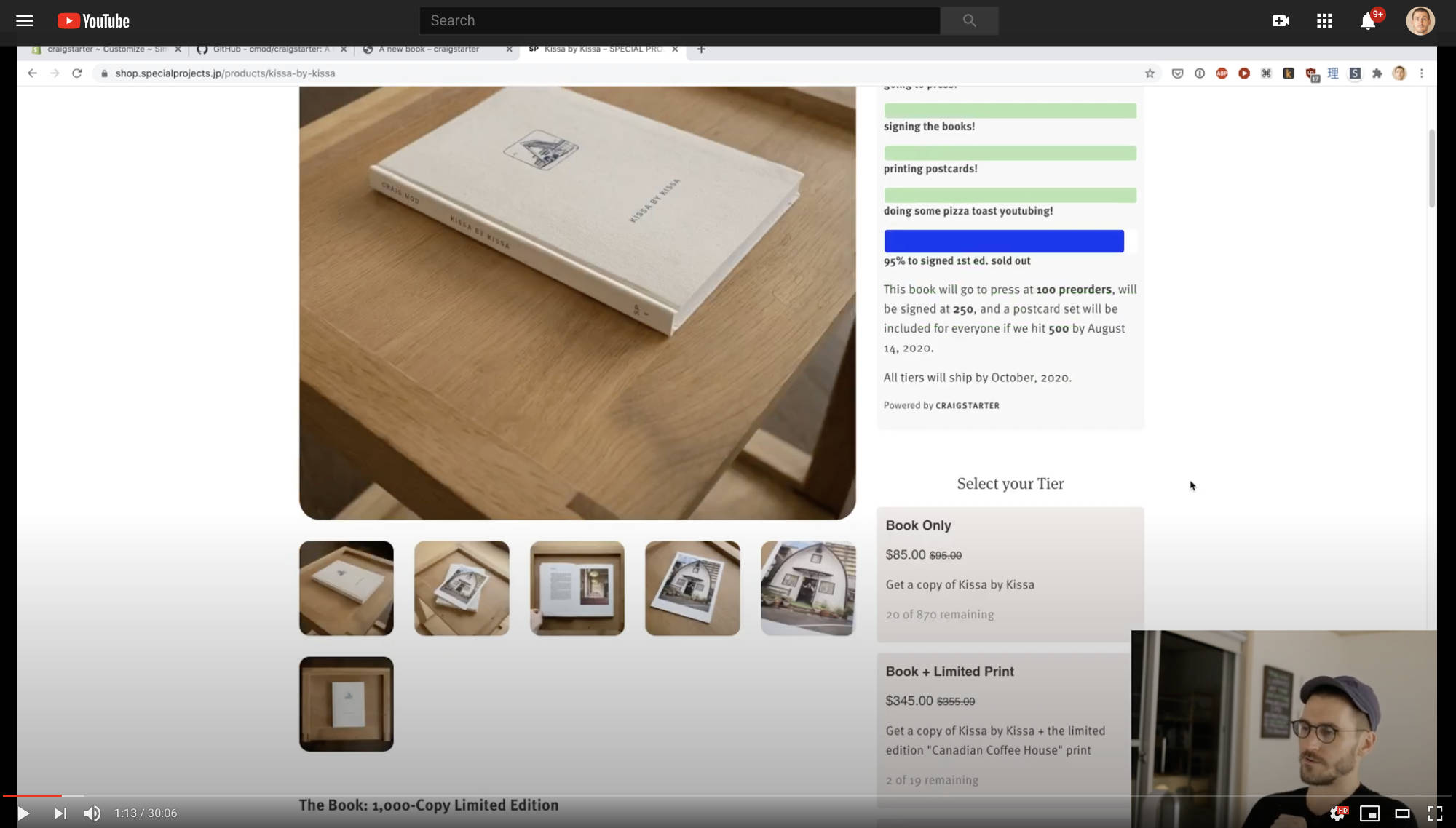 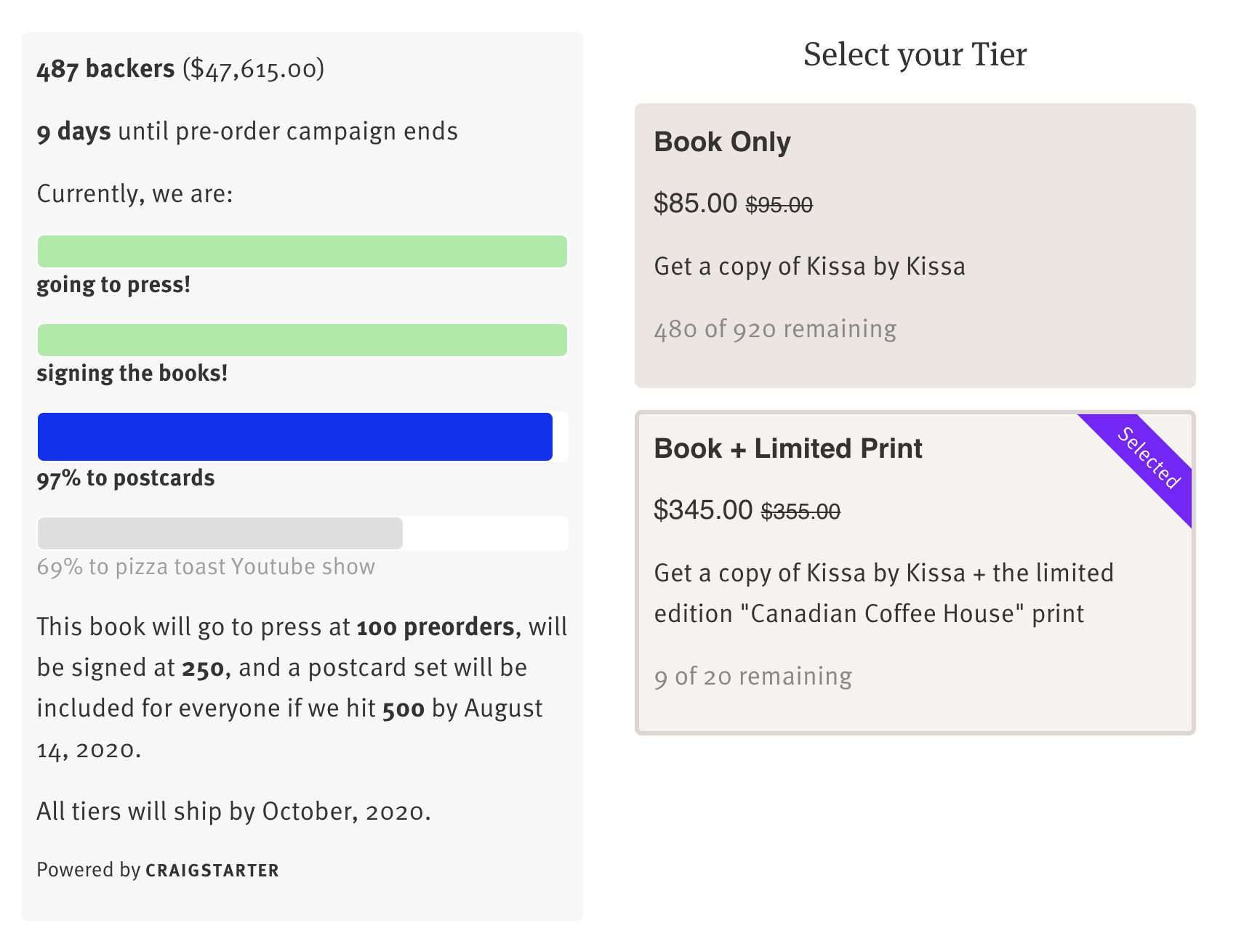 Kickstarter is an excellent way to run a crowdfunding campaign. But if you already have a community built up, and have communication channels in place (via a newsletter, for example), and already run an online shop, then Kickstarter can be unnecessarily cumbersome. Kickstarter's 10% fee is also quite hefty. By leaning on Shopify's flexible Liquid templating system and reasonable CC processing fees, an independent publisher running a campaign can save some ~$7,000 for every $100,000 of sales by using Craigstarter instead of Kickstarter. That's materially meaningful, especially in the world of books.

The goal of Craigstarter is to provide a straightforward way for folks to run crowdfunding campaigns on their Shopify shop without having to pay a monthly fee for metafield editing plugins or other crowdfunding plugins.

Kickstarter is better than Craigstarter in many ways, not the least of which are:

The lack of goal-triggered payments is probably the biggest "downside" to Craigstarter. Technically, I believe you can have charges be authorized on checkout, but only pushed through on "shipping" — allowing one to approximate the Kickstarter experience on Shopify. However, these charge authorizations are short lived, and this would only work (as far as I can tell) for quick campaigns.

That said, many Kickstarter campaigns are run as promotional tools more than strict fundraising tools, with the intent by creators to ship no matter what. In theory, one could set a minimum goal on Shopify which, if not met, would trigger a manual refunding of all backers (minus the ~2.8% processing fees). Robin Sloan rigged up something similar with his 2020 Sloanstarter campaign.

In the end, if you have an audience, and you have reasonable baseline goals, then the issue of "raising enough funds" for a project launch is often not an issue.

I've tried to make this as simple as possible to install / setup without it being a plugin (hence affording you the most flexibility / necessary modifications).

That CSS will hide and show the proper div for product description for desktop / mobile.

If you want to add the campaign bar to your own template, the campaign sidebar is rendered using the following line in product-template: {% render 'campaign', product: product %}

All variables used by the Craigstarter snippet to run a campaign are set using a combination of product and variant-specific metafields.

fundingcampaign: TRUE = running campaign; campaign code will not execute unless this is set to true

totalavailableproducts: how many total products you're selling (all variants inclusive)

goaltext: the text appearing with each goal, for each goal amount in comma-separated format: TEXT, TEXT, TEXT, i.d., to print, to signed, to postcards

goaltextcomplete: the text appearing once you pass 100% for a given goal; comma-separated like the other goal fields

variantdescription: The extended description appearing in the selection box

totalquantity: Total number of available items for this variant; sales calculated based on totalquanity - remaining inventory

Shopify sneakily provides a way to easily edit metafields without a plugin using the following url structure. Change the YOURSHOP part of the url to your own shop url snippet, and these URLs should load up Shopify's own Metafields editor with the appropriate fields ready to be filled in.

Save these URLs as bookmarks to edit / modify as needed. 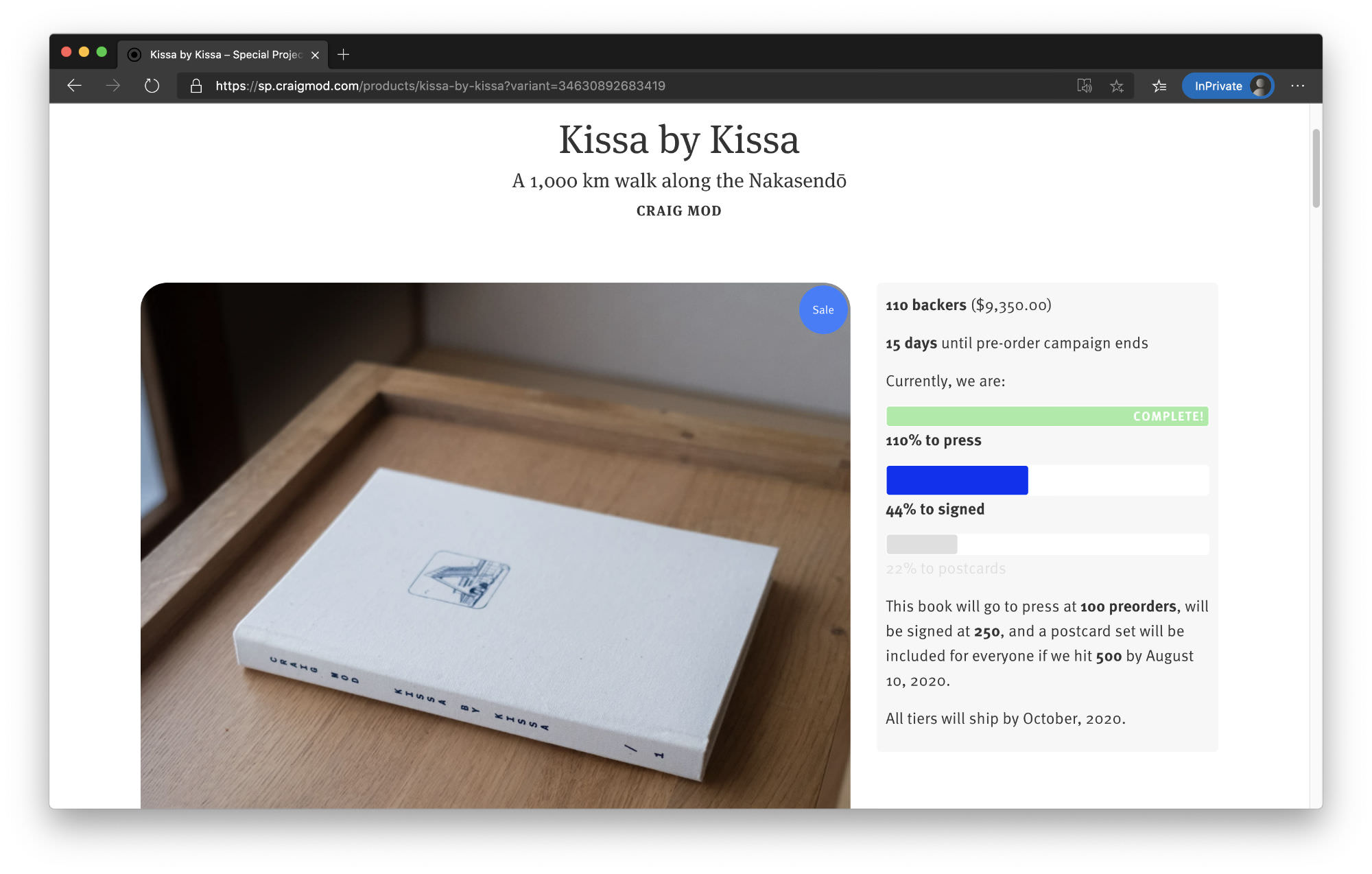 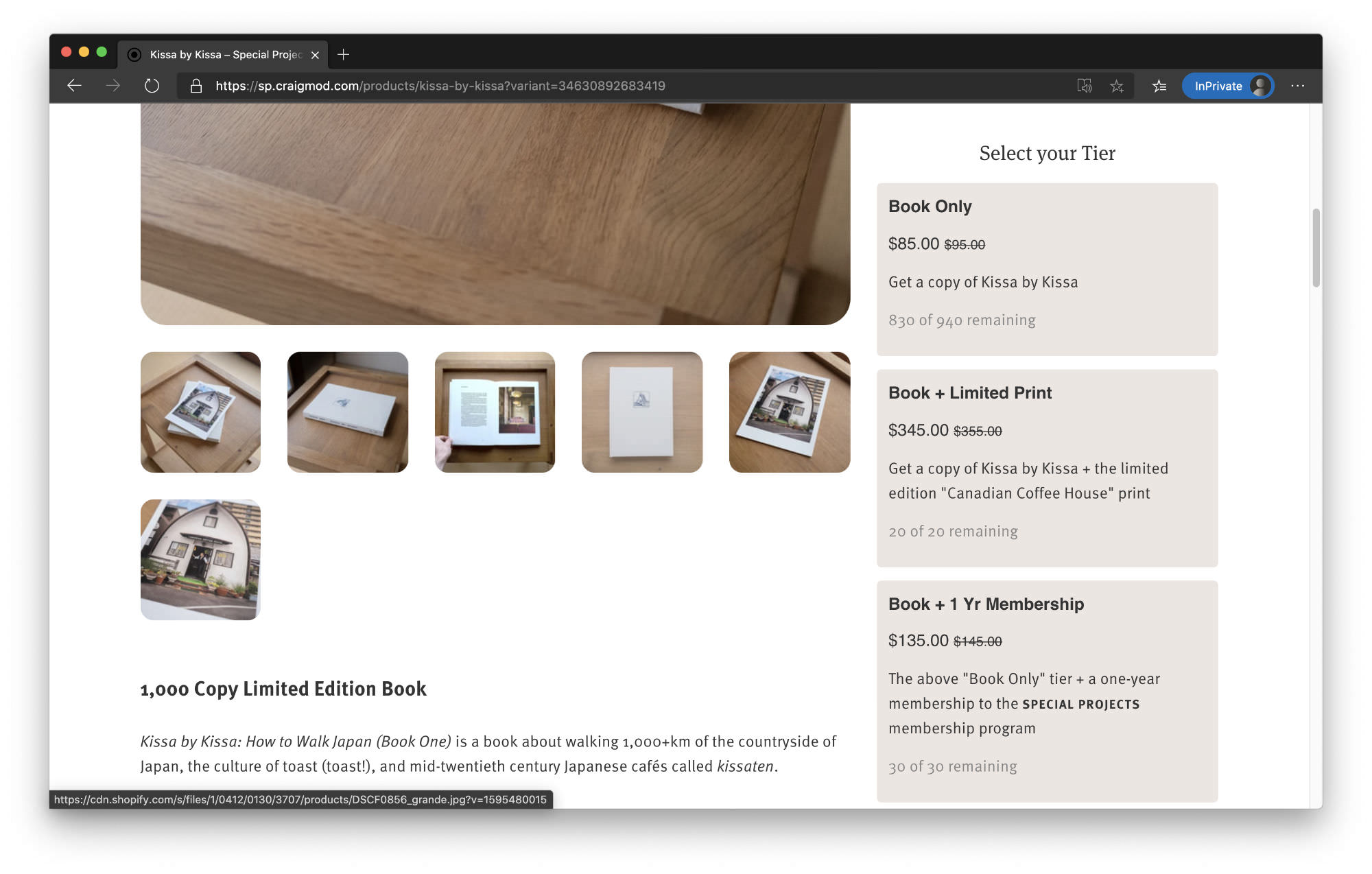