Run Android Messages as a desktop app, a la iMessage. For those of us that prefer not to have a browser tab always open for this sort of thing.

Not affiliated with Google in any way. Android is a trademark of Google LLC. 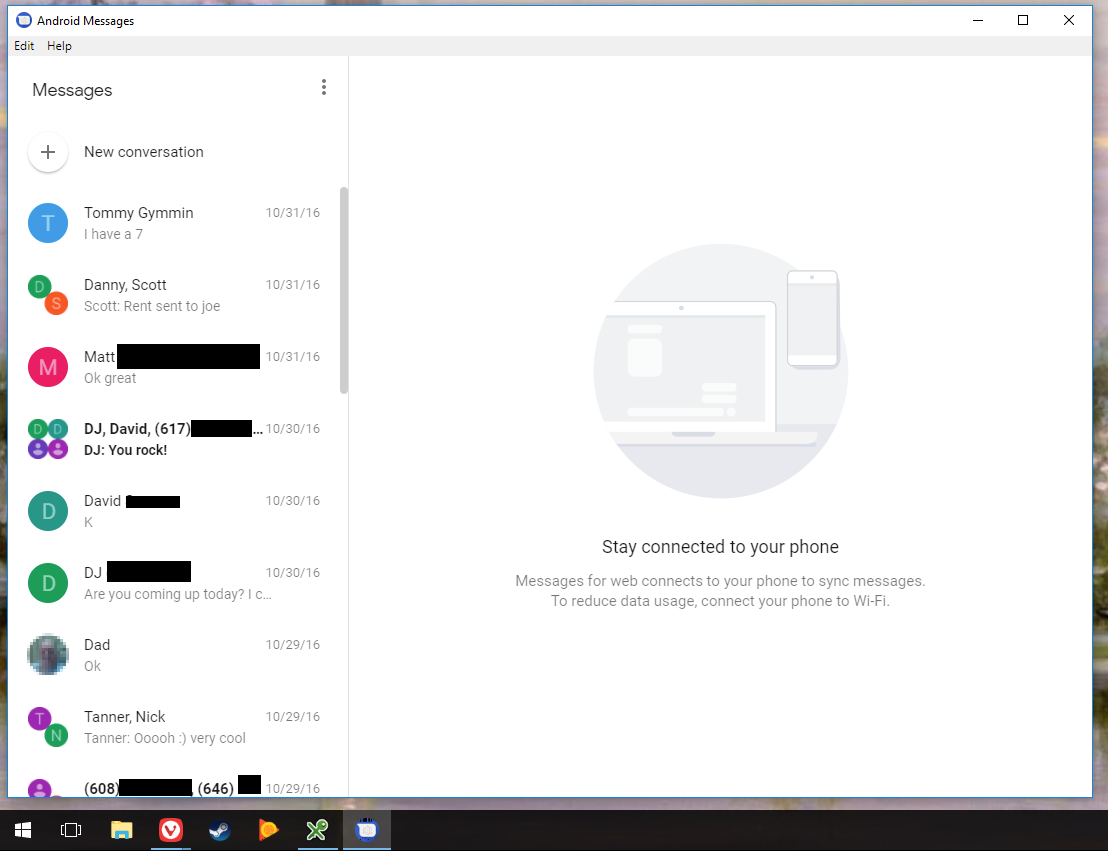 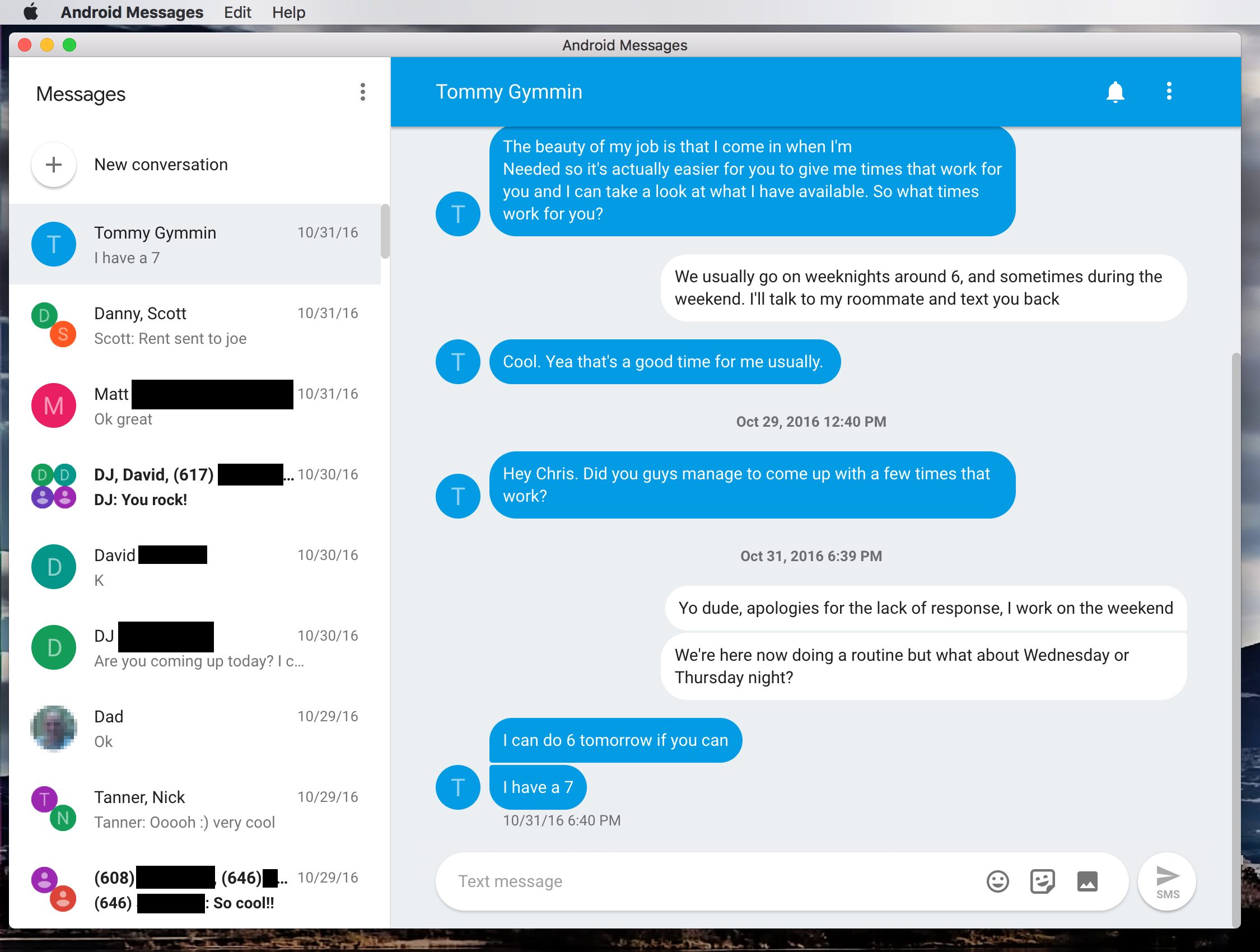 Disclaimer: I have tested this with my Pixel on both macOS High Sierra and Windows 10. Normal functionality seems to work, but help testing and feedback is greatly appreciated!

Head over to the latest releases page!

Important note: The Windows app binary isn't signed. This doesn't seem to be a big problem, but please report any issues you run into on Windows that may be related to signing.

Important note 2: We currently have builds for Windows and macOS, and Linux. I test releases on macOS, Windows 10, and Ubuntu Linux. I would love help testing on additional distros of Linux and other versions of Windows.

Implemented via the amazing electron-hunspell library with dictionaries provided by the excellent dictionaries project. Language files are downloaded when the app opens and the language used is based on the language set in your operating system. If you switch your system language and restart the app, the spellchecking should occur in the new language as long as it is in the list of supported languages.

Make sure you have Node.js installed, then run the following in your terminal:

Starting the app in development mode

Using electron-mocha test runner with the Chai assertion library. You can put your spec files wherever you want within the src directory, just name them with the .spec.js extension.

Using Mocha and Spectron. This task will run all files in e2e directory with .e2e.js extension.

Once the packaging process finished, the dist directory will contain your distributable file.

We use electron-builder to handle the packaging process. It has a lot of customization options, which you can declare under "build" key in package.json.

We use png2icons to create Windows and Mac icons from the source PNG icon, which is located in assets/android_messages_desktop_icon.png. However, the Windows icon generated from this package seems to result in visual corruption on Windows 10, so I'm manually converting the PNG to a Windows icon with icoconvert.com for the time being.