This repo contains a re-usable GitHub Action that when installed sends an e-mail to a distribution list with the release note contents every time a GitHub Release is created for the repository.

This Action makes use of SendGrid's API to send the e-mails.

To run this action you'll need:

Add a new workflow to your .github/main.workflow to trigger on release. 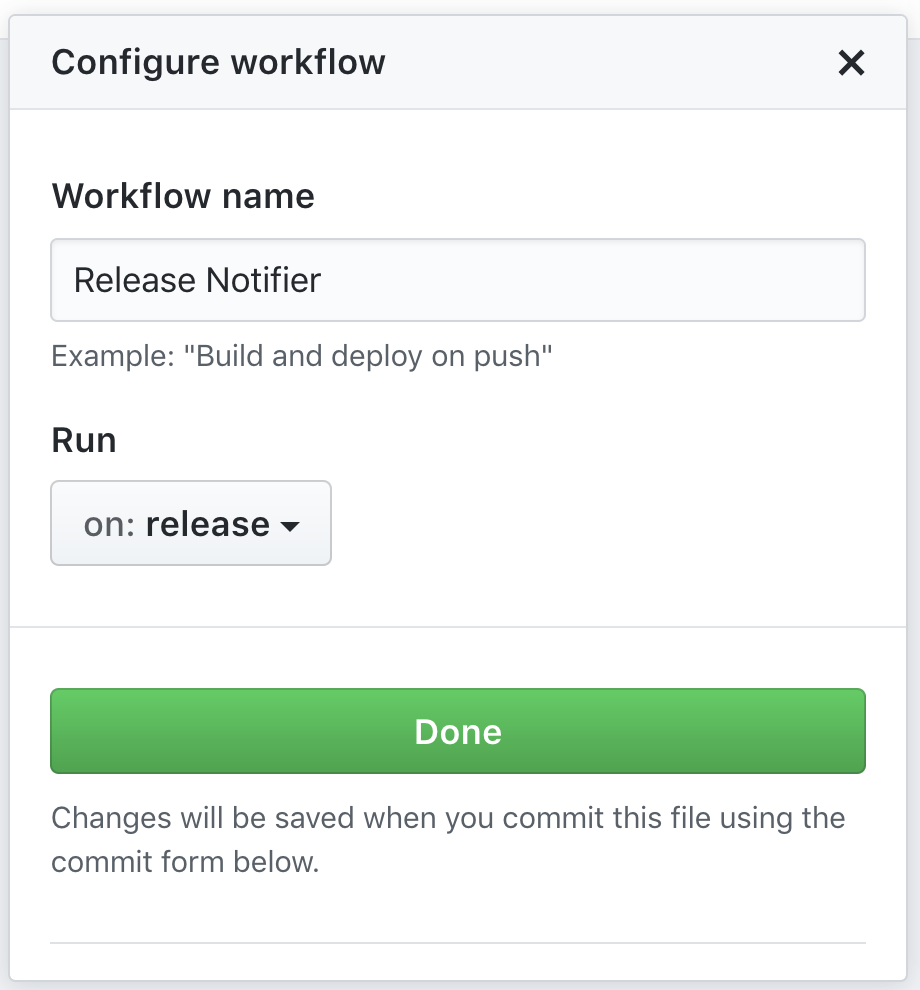 Create an action that uses this repository bitoiu/[email protected] or points to Docker Hub at docker://bitoiu/release-notifiy-action 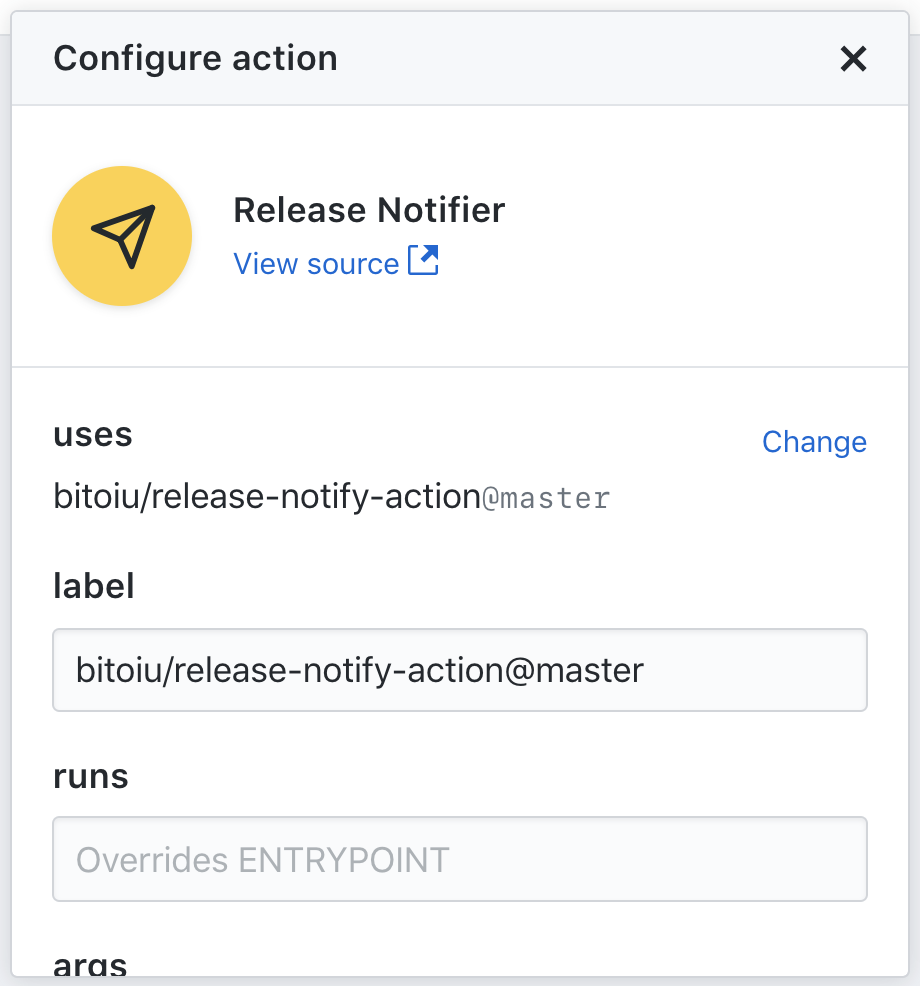 Using the Visual Editor create a new secret on the action named SENDGRID_API_TOKEN. Set the value to your SendGrid API Key. 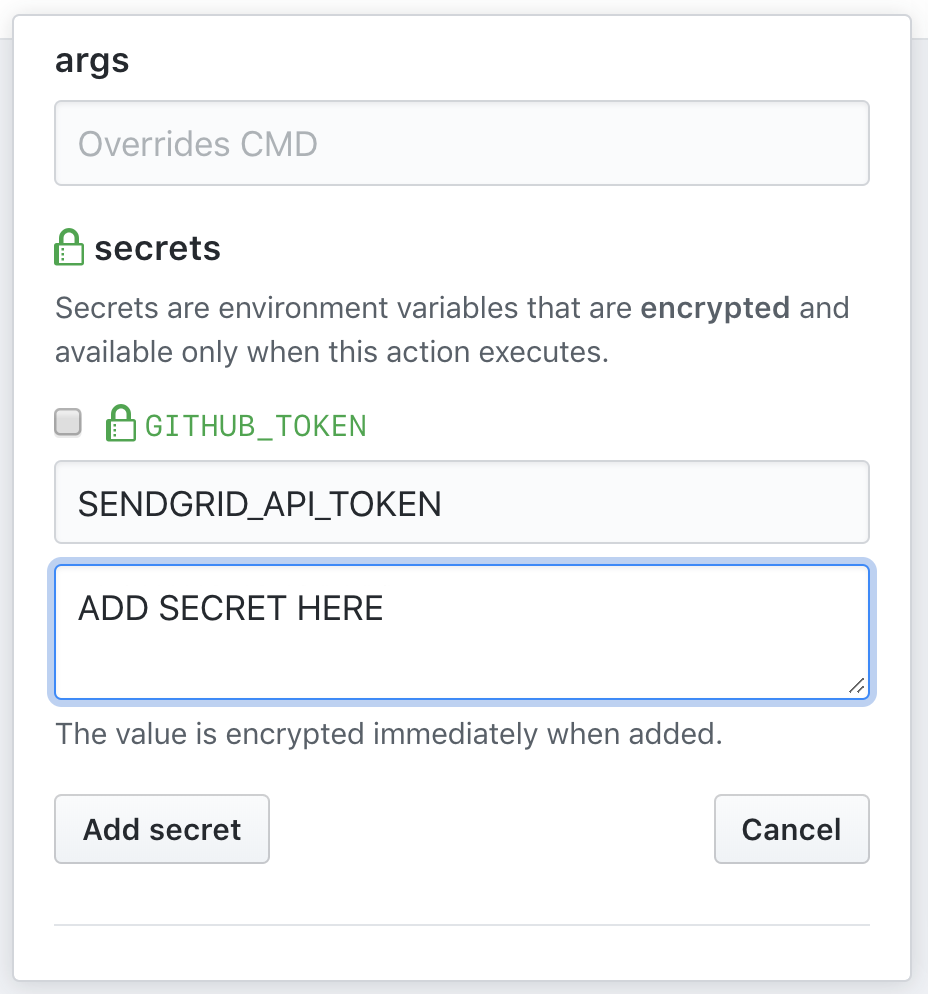 Do the same for a secret named RECIPIENTS that you need to set to the URI of the text file with the target recipients. The contents of the file should be a list of e-mails separated by newline, for example:

If you don't know where to host this file, just go to GitHub Gists and create a new textfile with the e-mails you want to target. After you save the file just click raw and get the URI of the file you've just created.

Make sure you commit all pending changes. After you've done that your main.workflow should look similar to this:

On the visual editor it should look similar to this: 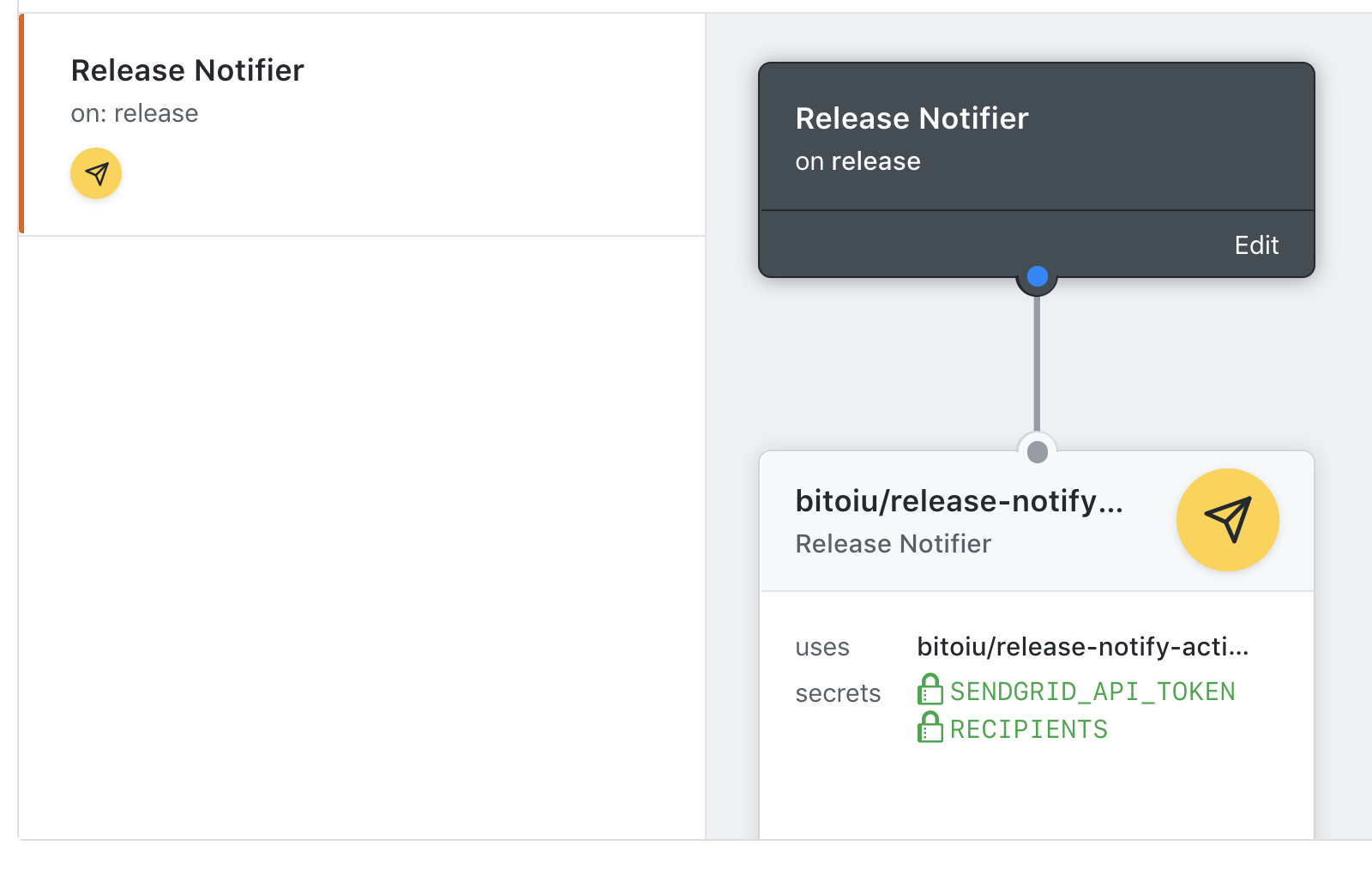 Create a new release for your repository and verify that the action triggers and that the e-mails were sent. Sometimes it's worth checking the spam inbox.

The main script that does the heavy lifting is a NodeJS file. As such you can simply test it like any other node program, for example, running the following inside the src folder:

If you prefer to test the container directly (which is a tiny bit slower but more reliable) you can just run something like:

Be sure to rename env.template to env and fill it with your environment variables.

Pull Requests and Issues are Welcome

If you're thinking of a dynamic e-mail template with substitutions, configurable TO and FROM addresses then you're just a pull request away. Feel free to share your ideas.