News! The project has been split into three modules:

The "Voice Consultant" / Assistant is a project which aims to provide a system which works only by voice input provided by the user.

The system is able to recognize and analyse the speech of an user (hot word listening) and to react with different kind actions (depending on what a user provided).

This project heavily relies on gradle/spring/boot/jpa/java/etc and overall java ecosystem. 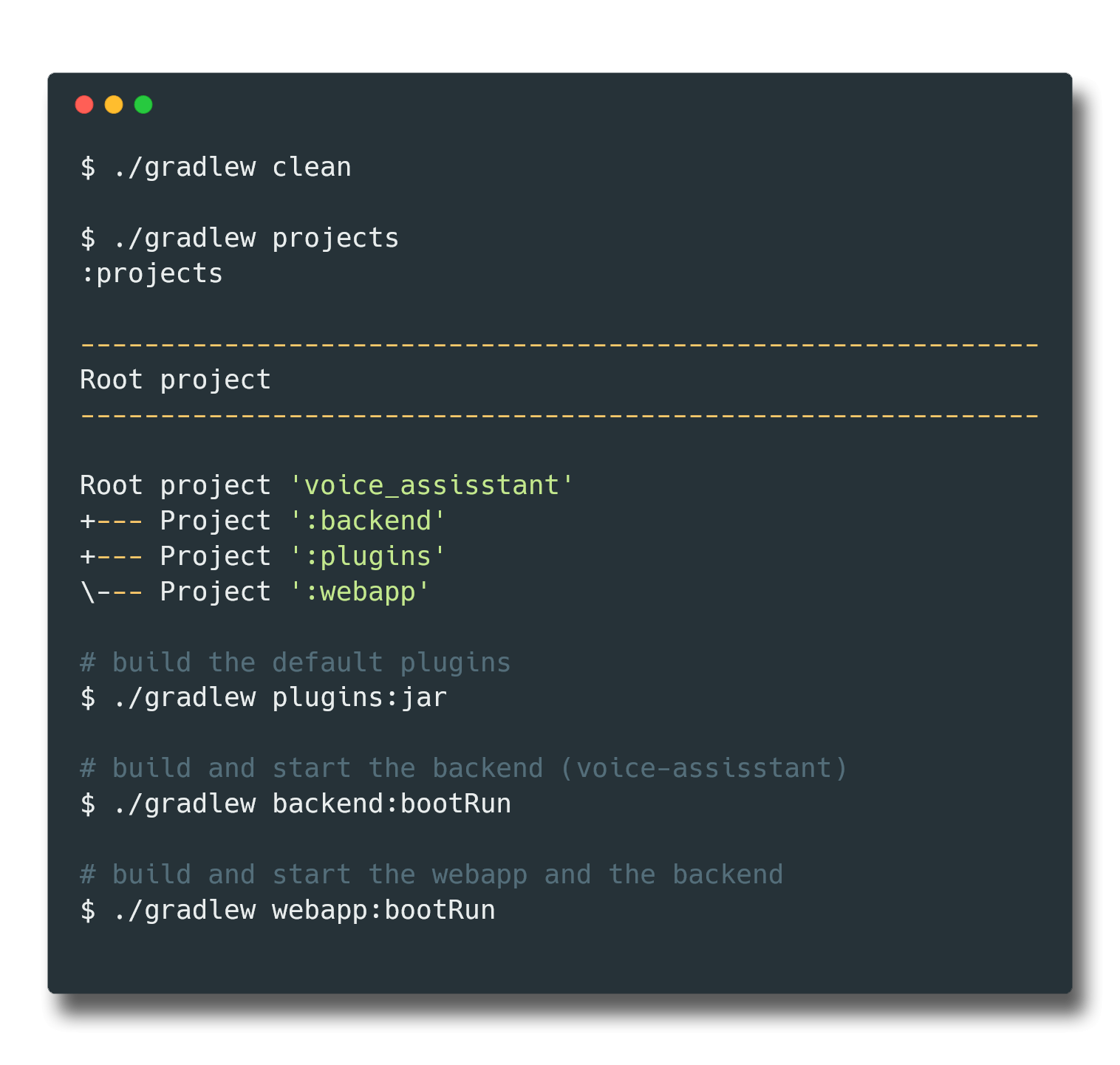 You can use the web-application to administrate your voice-system. It lists all the installed plugins, and some details about system properties. 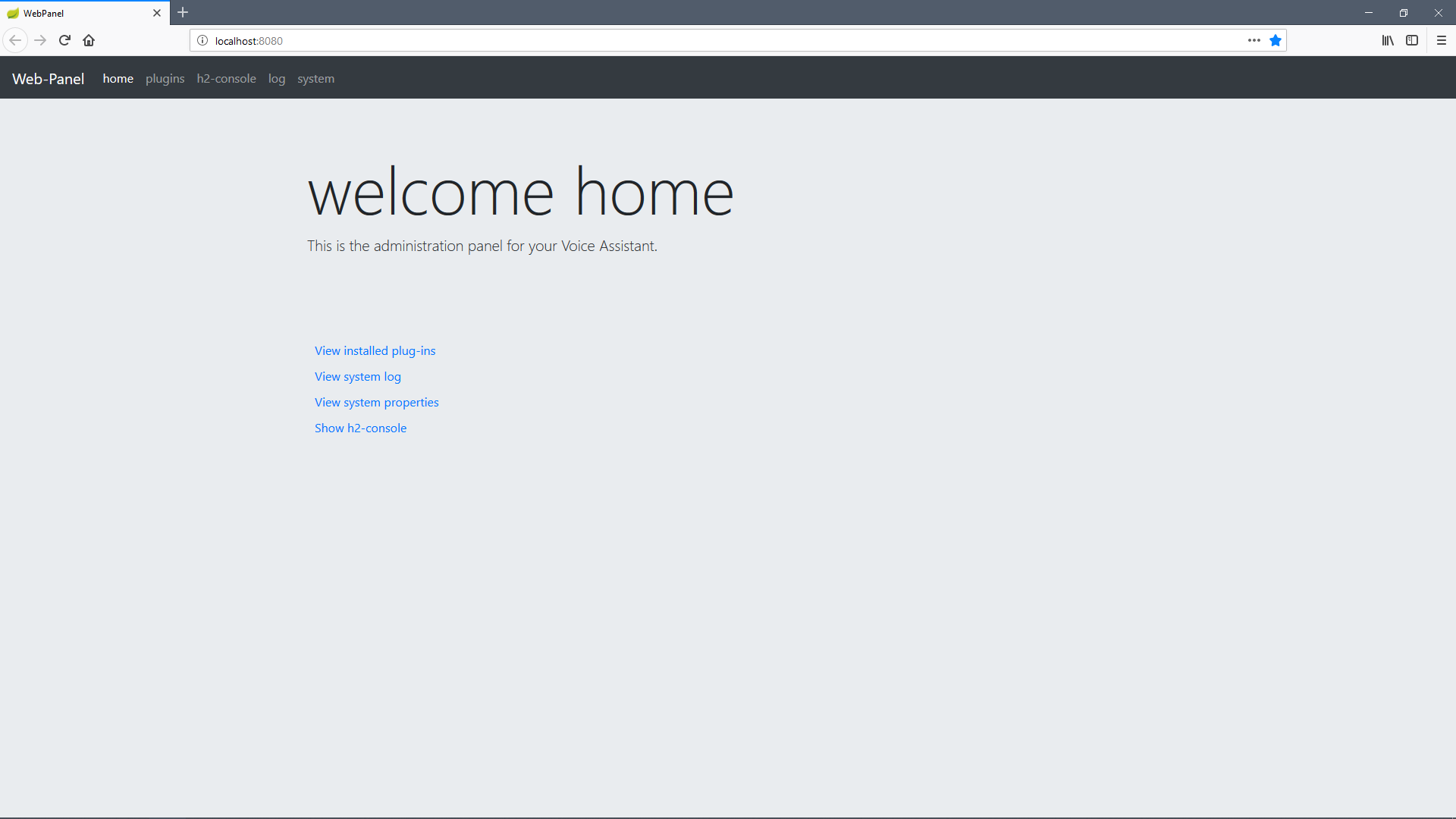 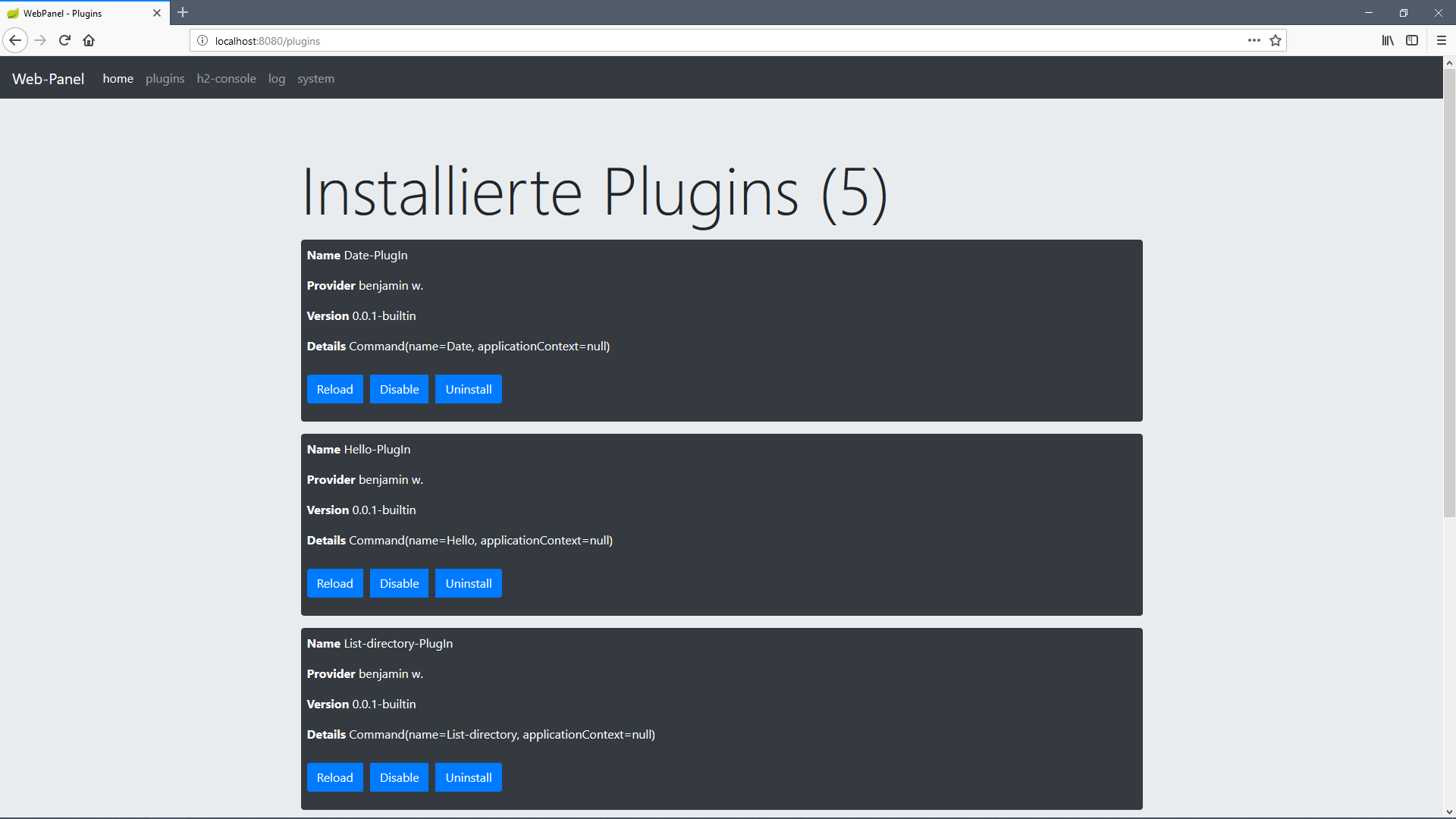 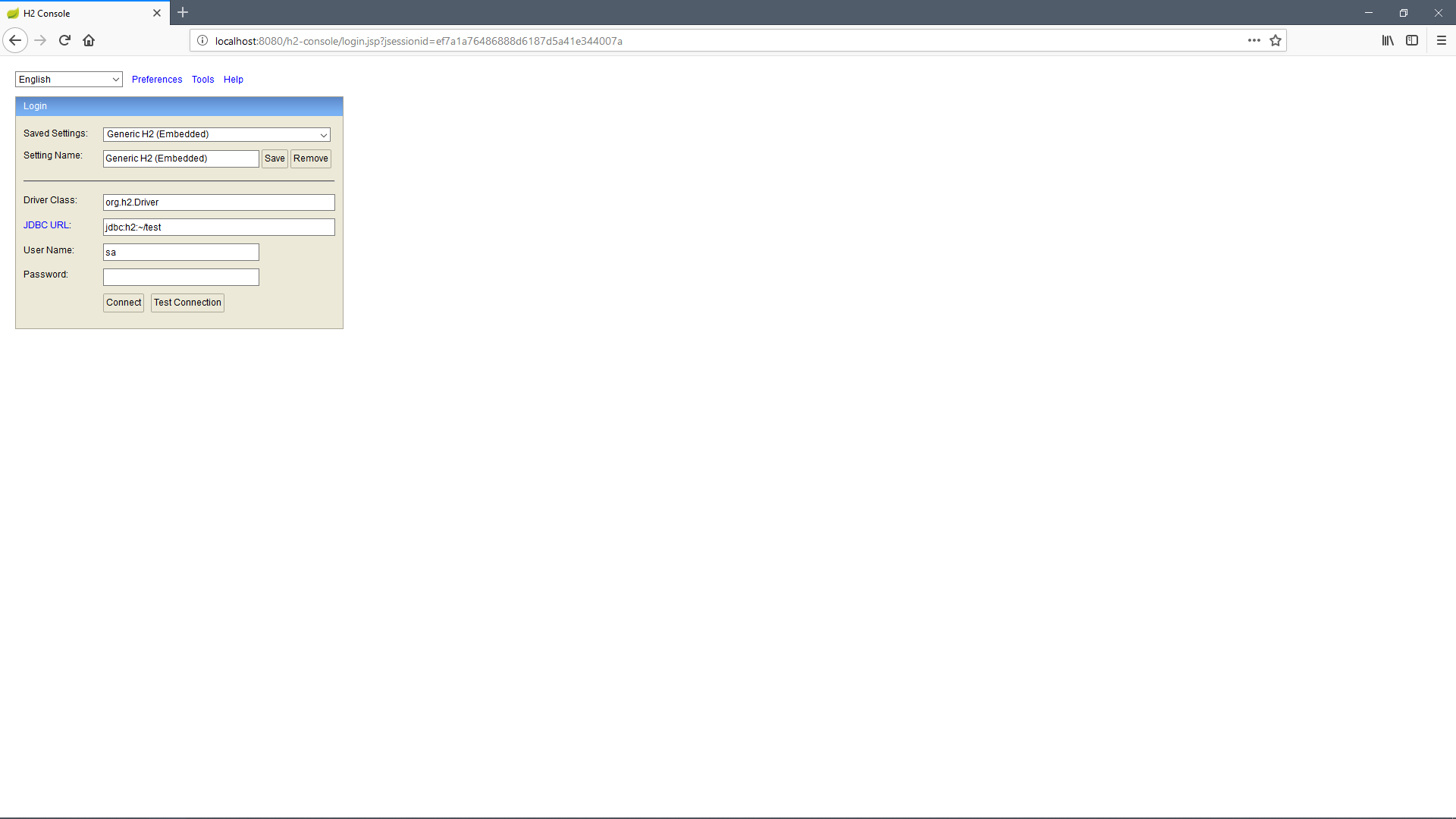 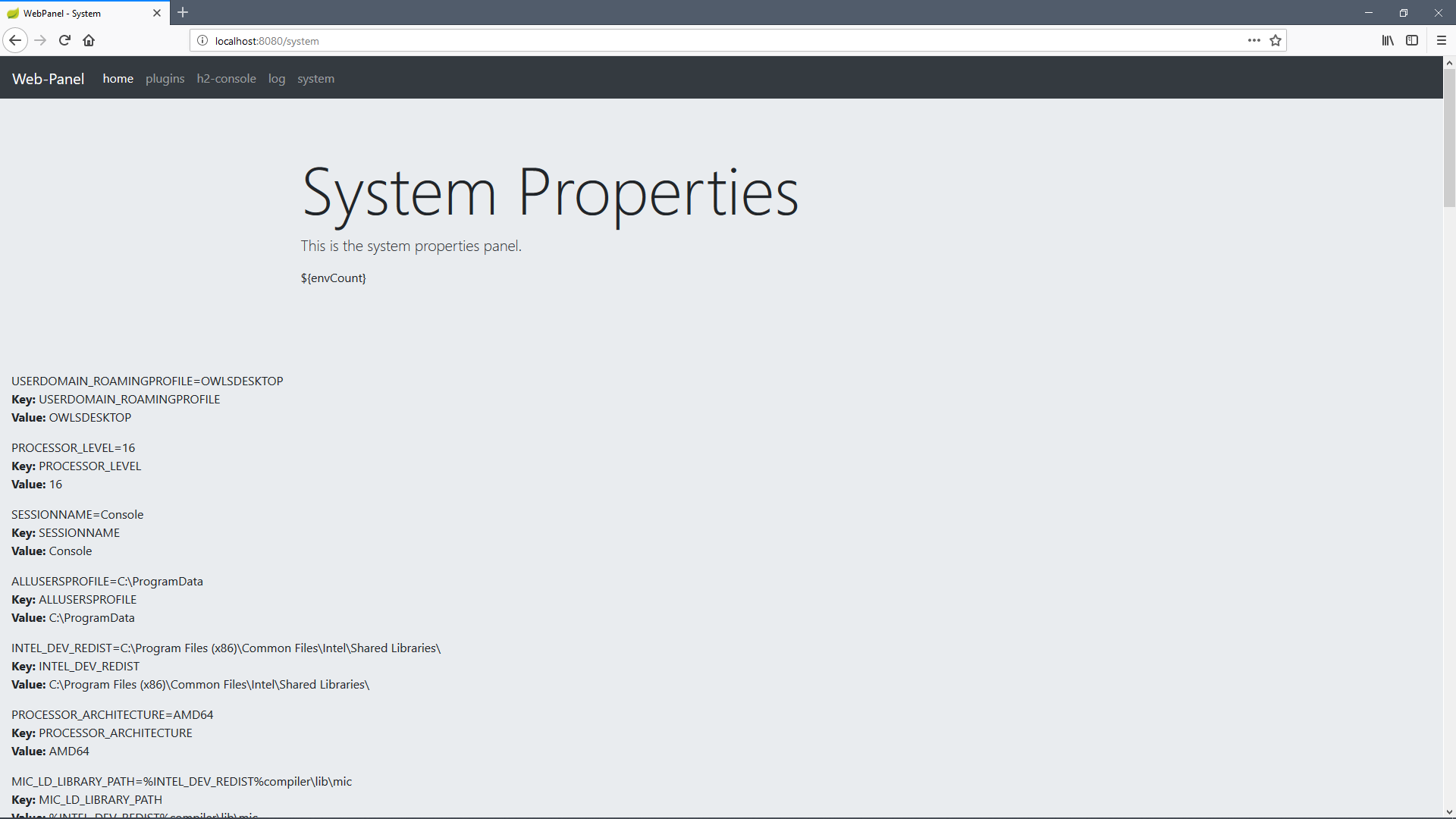 In order to load your own plug-ins into the backend, just provide a jar with implementations of the org.owls.voice.plugins.api.PlugInInterface.

Remember to put a service-descriptor containing your implementations in the resources <project>\src\main\resources\META-INF\services\org.owls.voice.plugins.api.PlugInInterface - I recommend to peek into the plugins-project if you're interested in development.

The goal of the core is to provide an expendable system / platform for using a computer without using a keyboard, hands or even a monitor / display. The system provides speech recognition by CMU Sphinx, text-to-speech-synthesis provided by Mary-TTS. The overall architecture is based on mostly spring-related frameworks (alot).

Usage on Raspberry Pi 3B+ (Raspian) 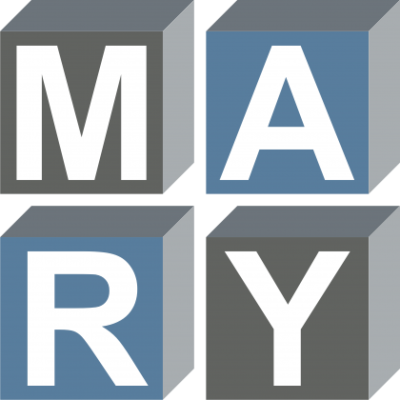