In this project you are to emulate a file system and a set of clients accessing the files. You may require the knowledge of thread and/or socket programming and its APIs of the language you choose. It can be assumed that processes (server/client) are running on different machine (dcXX).

Design a distributed system with three file servers, two clients and a metadata server (M-server) to emulate a distributed file system. One example of such network topology is shown in Figure. 1. Your program should be easily extensible for any number of servers and clients. The file system you are required to emulate has one directory and a number of text files in that directory. A file in this file system can be of any size. However, a file is logically divided into chunks, with each chunk being at most 8192 bytes (8 kilobytes) in size. Chunks of files in your filesystem are actually stored as Linux files on the three servers. All the chunks of a given file need not be on the same server. In essence, a file in this filesystem is a concatenation of multiple Linux files. If the total size of a file in this file system is 8 x + y kilobytes, where y < 8 , then the file is made up of x + 1 chunks, where the first x chunks are of size 8 kilobytes each, while the last chunk is of size y kilobytes. 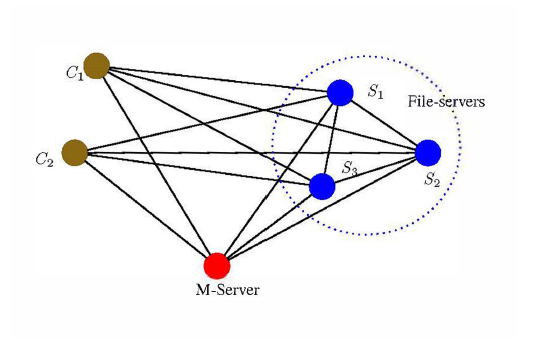 In steady state, the M-server maintains the following metadata about files in your file system: file name, names of Linux files that correspond to the chunks of the file, which server hosts which chunk, when was a chunk to server mapping last updated.

Clients wishing to create a file, read or append to a file in your file system send their request (with the name of the file) to the M-server. If a new file is to be created, the M-server randomly asks one of the servers to create the first chunk of the file, and adds an entry for that file in its directory. For read and append operations, based on the file name and the offset, the M-server determines the chunk, and the offset within that chunk where the operation has to be performed, and sends the information to the client. Then, the client directly contacts the corresponding server and performs the operations.

In effect, clients and servers communicate with each other to exchange data, while the clients and servers commu- nicate with the M-server to exchange metadata. You can assume that the maximize amount of data that can be appended at a time is 2048 bytes. If the current size of the last chunk of the file, where the append operation is to be performed, isSsuch that 8192 S < appended data size then the rest of that chunk is padded with a null character, a new chunk is created and the append operation is performed there. 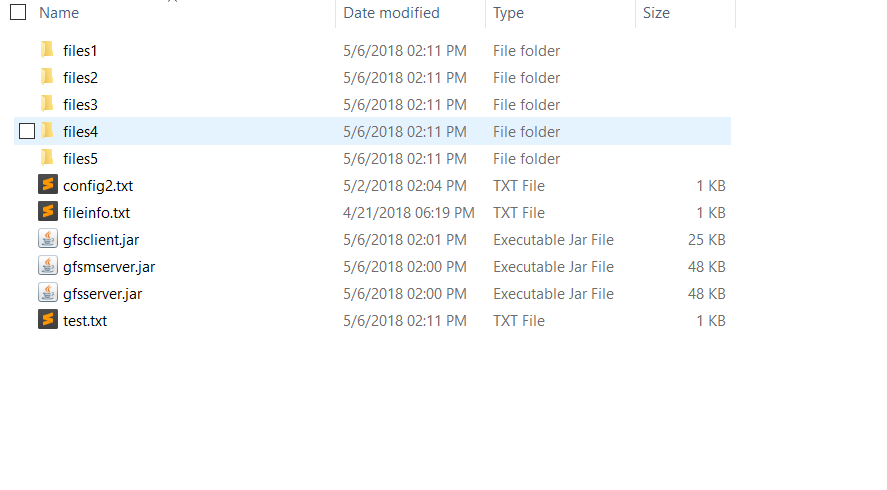