You need to install it into your Project Plugins/ folder, and it will overwrite (replace) the default "Git (beta version)" Source Control Provider with the "Git LFS 2" plugin.

Have a look at the Git Plugin Tutorial on the Wiki. (alternate link) 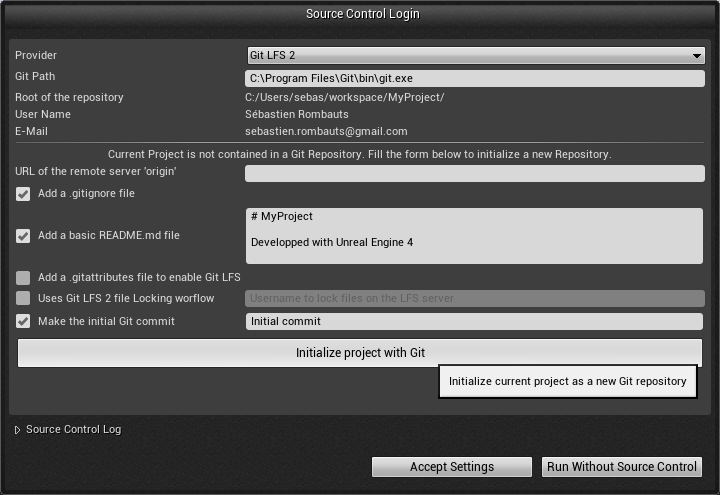 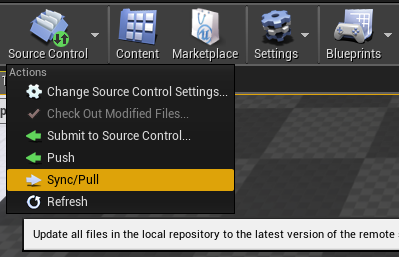 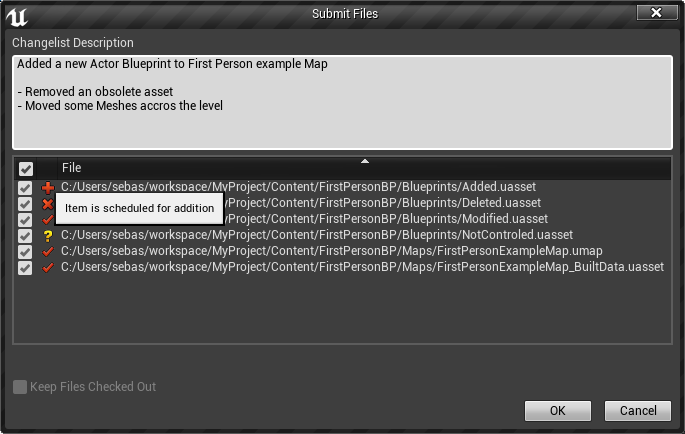 File History window, to see the changelog of an asset: 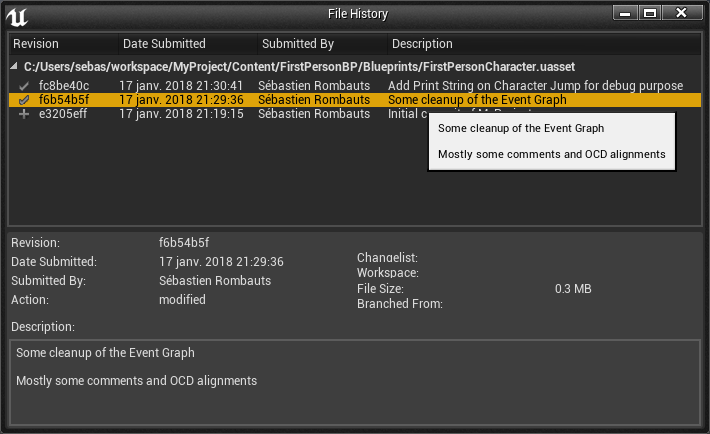 Visual Diffing of two revisions of a Blueprint: 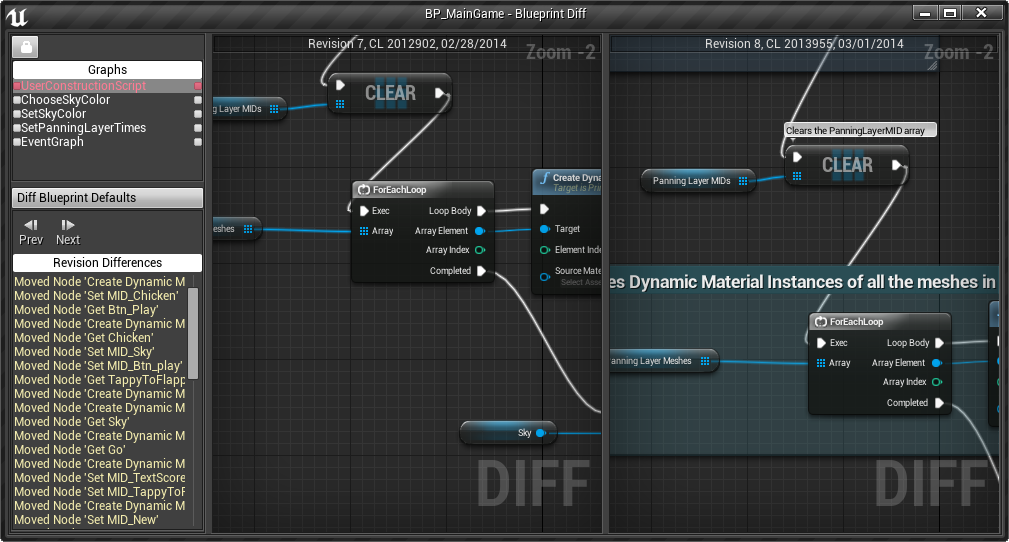 Merge conflict of a Blueprint:

What cannot be done presently

Quick demo of the Git Plugin on Unreal Engine 4.12 (preview) 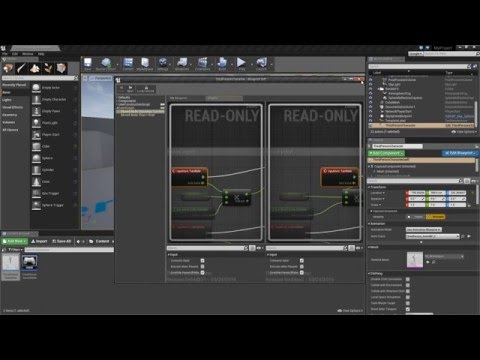 Under Windows 64bits, you should install the standard standalone Git for Windows (now comming with Git LFS 2 with File Locking) with default parameters, usually in "C:\Program Files\Git\bin\git.exe".

Then you have to configure your name and e-mail that will appear in each of your commits:

Install this Git Plugin (dev) into your Game Project

Unreal Engine comes with a stable version of this plugin, so no need to install it.

This alternate "Git development plugin" needs to be installed into a subfolder or your Game Project "Plugins" directory (that is, you cannot install it into the Engine Plugins directory):

You will obviously only be able to use the plugin within this project.

Load your Game Project in Unreal Engine, then open:

If your project is already under Git (it contains a ".git" subfolder), just click on "Accept Settings". This connect the Editor to your local Git repository ("Depot").

Project not already under Git

Otherwise, the Git Plugin is able to create (initialize) a new local Git Repository with your project Assets and Sources files:

Click "Initialize project with Git" that will add all relevant files to source control and make the initial commit with the customizable message. When everything is done, click on "Accept Settings".

The plugin mostly interacts with you local Git repository ("Depot"), not much with the remote server (usually "origin").

It displays Git status icons on top of assets in the Asset Browser:

The most efficient way to help and contribute to this wrapper project is to use the tools provided by GitHub: