=== Use the SimPyLC forum to share knowledge and ask questions about SimPyLC. === 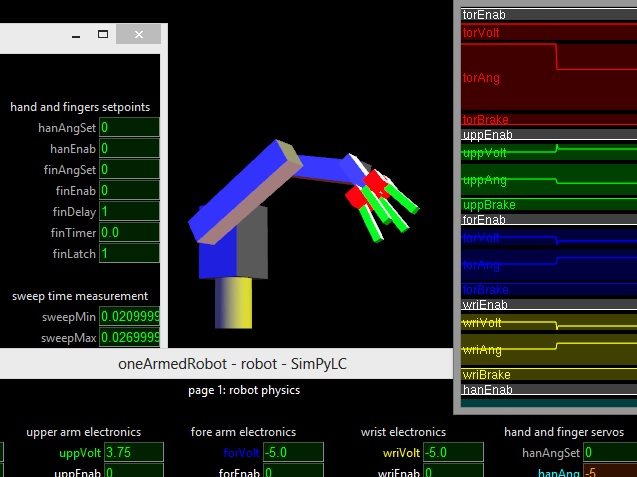 Real world industrial control systems DO NOT consist of a bunch of communicating sequential processes. Semaphores, threads and priority jugling are far too error prone to control anything else but a model railway. Most control systems are surprisingly simple, consisting of only one program loop that nevertheless seems to do many things in parallel and with reliable timing. Such a control system is called a PLC (Programmable Logic Controller) and all major industries rely on it. PLC's control trains, cranes, ships and your washing machine.

SimPyLC does not attempt to mimic any particular PLC instruction set or graphical representation like ladder logic or graphcet. There are enough tools that do. Anyone with experience in the field and an IT background knows that such archaic, bulky, hard to edit representations get in the way of clear thinking. By the way, graphcet is stateful per definition, which is the absolute enemy of safety. Though its bigger brother written in C++ according to exactly the same principles has been reliably controlling container cranes, grab unloaders and production lines for more than 20 years now, SimPyLC is FUNDAMENTALLY UNSUITABLE for controlling real world systems and should never be used as a definitive validation of anything. You're only allowed to use SimPyLC under the conditions specified in the qQuickLicence that's part of the distribution.

SimPyLC functionally behaves like a PLC or a set of interconnected PLC's and controlled systems. It is a very powerful tool to gain insight in the behaviour of real time controls and controlled systems. It allows you to force values, to freeze time, to draw timing charts and to visualize your system. This is all done in a very simple and straightforward way. But make no mistake, simulating systems in this way has a track record of reducing months of commissioning time to mere days. SimPyLC is Form Follows Function at its best, it does what it has to do in a robust no-nonsense way. Its sourcecode is tiny and fully open to understanding. The accompanying document SimPyLCHowTo condenses decenia of practical experience in control systems in a few clear design rules that can save you lots of trouble and prevent accidents. In addition to this SimPyLC can generate C code for the Arduino processor boards. 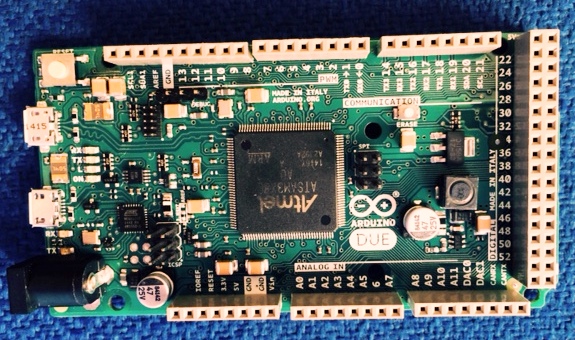 Are you looking for impressive graphics: Look elsewhere. Do you want to gain invaluable insight in real time behaviour of controls and control systems with minimal effort: Use SimPyLC, curse at its anachronistic simplicity and grow to love it more and more.

REMARK: All complete Arduino examples were tested on the Arduino Due, since that's the one I own, but they should run on the One with only slight I/O modifications (PWM instead of true analog output, using a shift register if you run short of I/O pins etc.)

Installation for Windows, Linux and OSX is described in SimPyLCHowTo.

For a test run of oneArmedRobot

If you want to experiment yourself, read SimPyLCHowTo