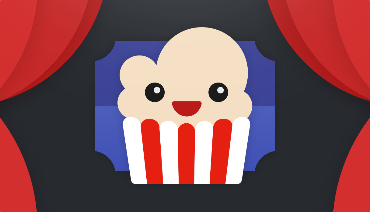 Popcorn Time for tvOS and iOS WE ARE BACK

PopcornTimeTV was an Apple TV, iPhone and iPad application to torrent movies and tv shows for streaming.

Since 2016, this project has grown exponentially - both in its user base and in its functionality. However, the team size has gone the other way. We went from having 13+ developers on the team to 1 developer and 1 designer, both of whom have lives and projects outside of Popcorn Time. We have decided that we have given our all to this project and it's time for us to move on to pursue greater things. There is no doubt that this comes with a heavy heart as we have learned so much from this project and watched it grow from this simple torrenting app that could only play 720p video, to what it is today.

All that being said, we do not want this project to just die after we leave. The size of the project might be a bit daunting to an unseasoned developer but the app is extremely stable and packed with almost every feature you could need, so unless you're planning on doing a rewrite, it should be OK.

ipas are available for download and will remain working as per. Thanks for all your support and understanding.

We need your help to localise Popcorn Time. Visit our Translating Guide to get started.

Alternatively you can compile one yourself.

Know what you're doing?

Then you can use CocoaPods to install dependencies.

For transparency and insight into our release cycle, and for striving to maintain backward compatibility, Popcorn Time will be maintained according to the Semantic Versioning guidelines as much as possible.

Beta releases will be numbered with the following format:

Releases will be numbered with the following format:

Constructed with the following guidelines:

If you distribute a copy or make a fork of the project, you have to credit this project as source.

This program is free software: you can redistribute it and/or modify it under the terms of the GNU General Public License as published by the Free Software Foundation, either version 3 of the License, or (at your option) any later version.

This program is distributed in the hope that it will be useful, but WITHOUT ANY WARRANTY; without even the implied warranty of MERCHANTABILITY or FITNESS FOR A PARTICULAR PURPOSE. See the GNU General Public License for more details.

You should have received a copy of the GNU General Public License along with this program. If not, see http://www.gnu.org/licenses/.

Note: some dependencies are external libraries, which might be covered by a different license compatible with the GPLv3. They are mentioned in NOTICE.md.