Awesome Open Source
Awesome Open Source
Computator.net
Computator.NET is a special kind of numerical software that is fast and easy to use but not worse than others feature-wise. It's features include: - Real and complex functions charts - Real and complex calculator - Real functions numerical calculations including different methods - Over 107 Elementary functions - Over 141 Special functions - Over 21 Matrix functions and operations - Scripting language with power to easy computations including matrices - You can declare your own custom functions with scripting language
Stars
181
License
gpl-3.0
Open Issues
75
Most Recent Commit
a year ago
Related Projects
c-sharp (12,613)
chart (279)
math (236)
mathematics (161)
scientific-computing (121)
desktop-app (99)
scripting-language (86)
plot (80)
calculator (71)
desktop-application (71)
scientific-visualization (28)
calculus (25)
Repo

Computator.NET is a unique open numerical software that is fast and easy to use and stands up to other feature-wise software. 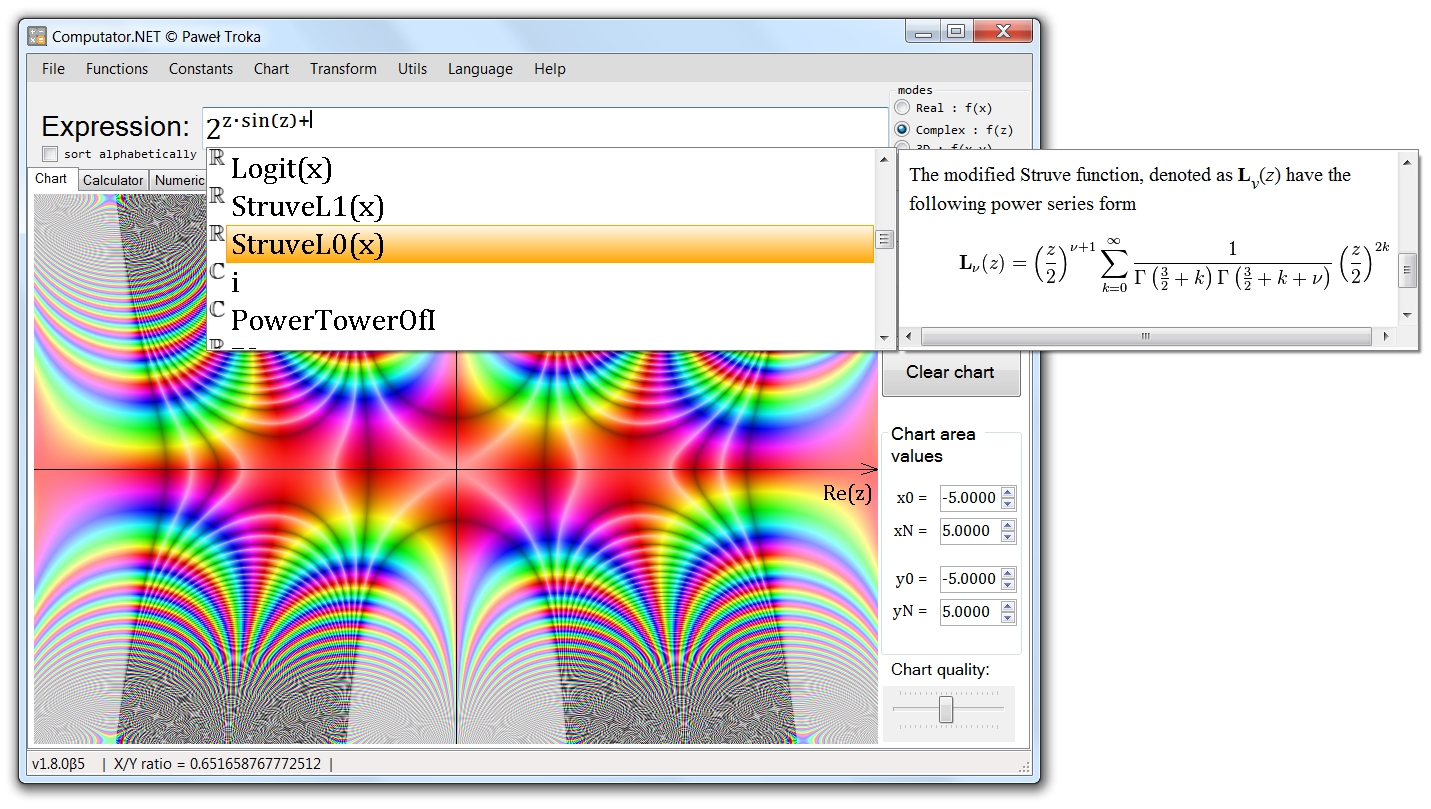 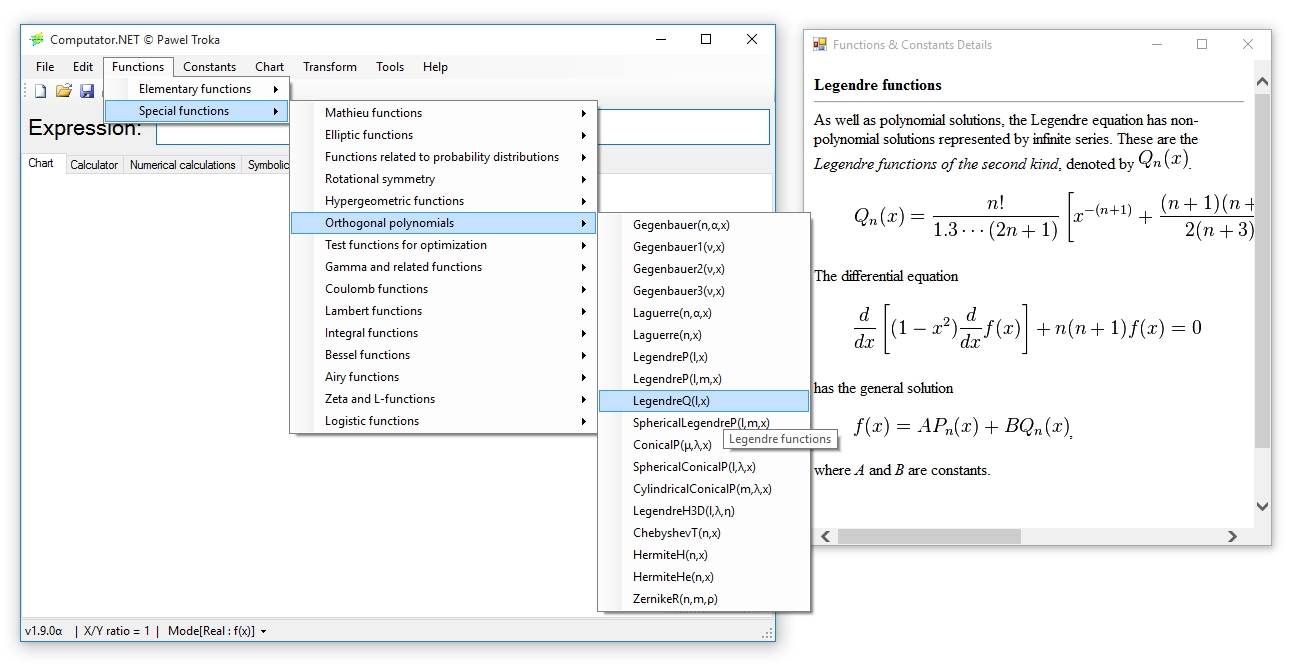 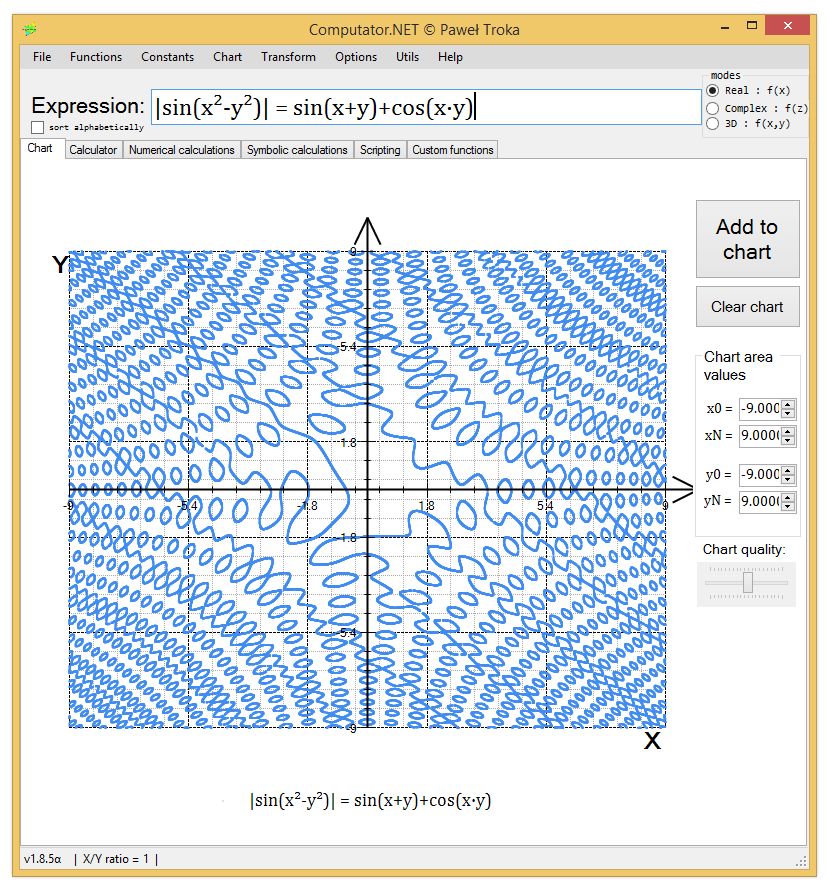 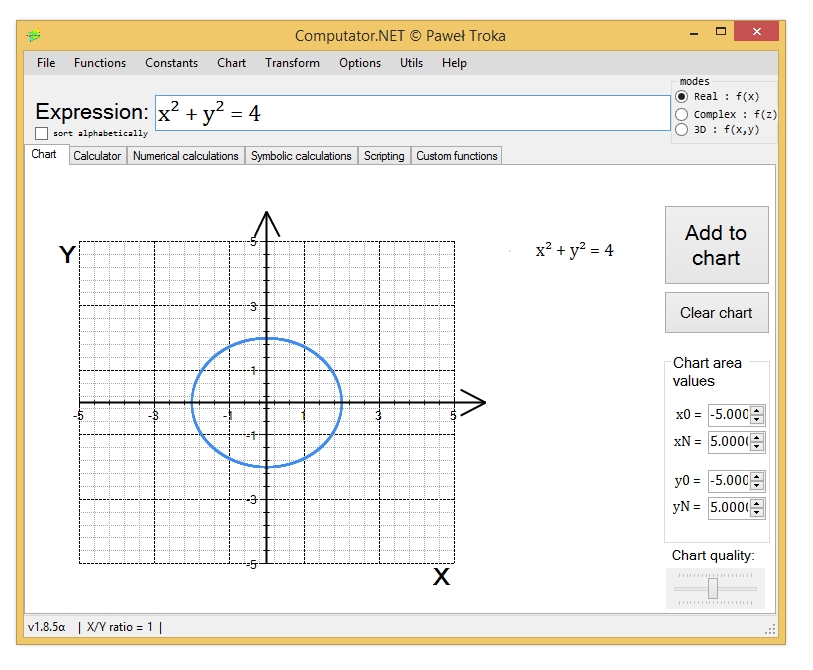 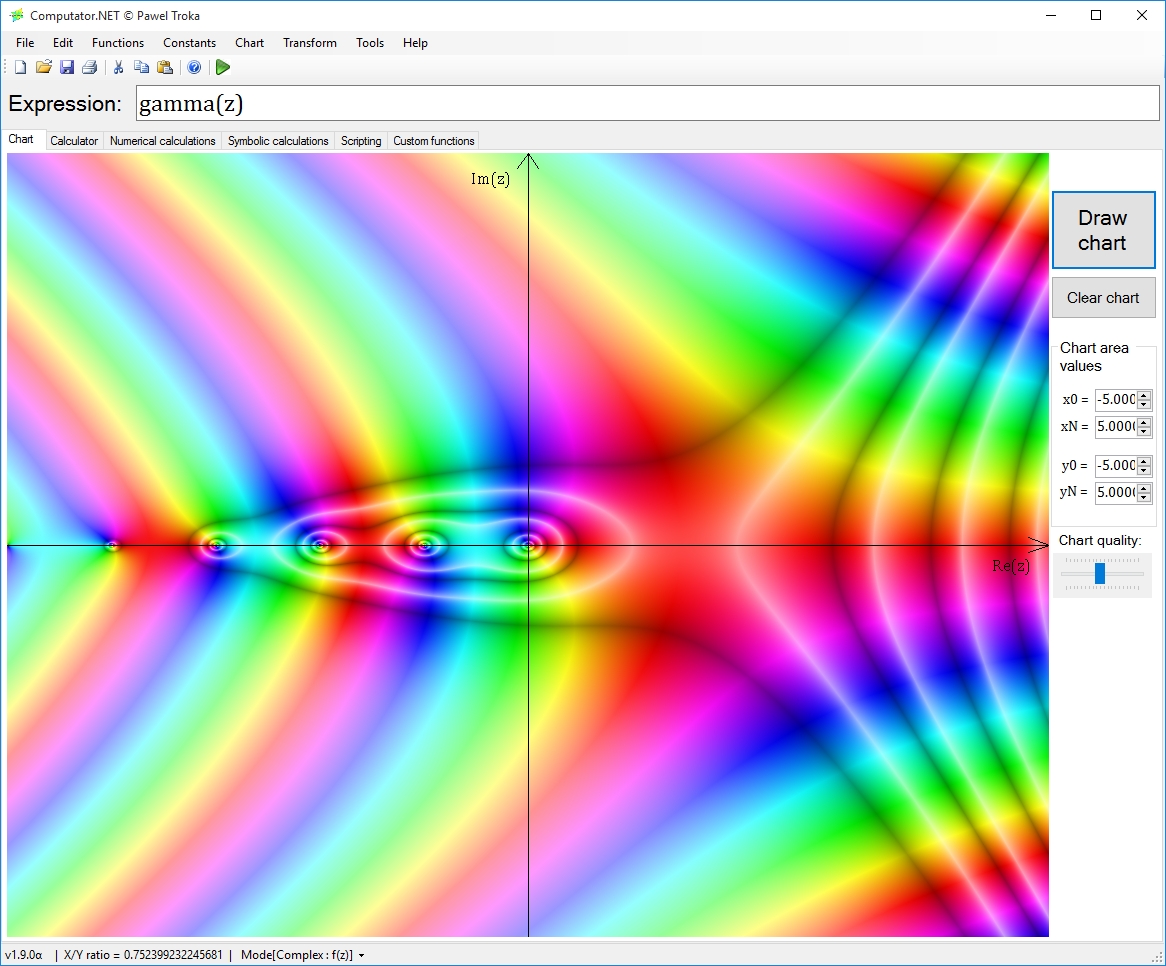 What shortcut do you use to write in exponent, just like in gif presentation?

LShift+6 (^), just like it is listed in Edit menu from where you can also activate / deactivate writing in exponent without using this shortcut.

How can I solve equations / do my homework using Computator.NET?

Computator.NET is numerical software that aims to provide functionality similar to Matlab and Mathematica. But it certainly isn't full Computer Algebra System, at least not yet. You can solve some equations by using 'Numerical calculations' tab and 'Function root' operation. Depending on the equation, different methods work better or worse.

Alternatively, you can always solve equations graphically, simply by looking at the chart.