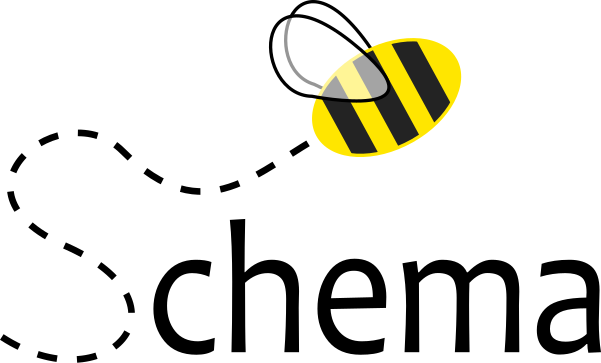 BeeSchema allows you to define the structure of a binary file using a simple schema (*.bee) file, then read the file in a much more human way. No more BinaryReader or manually reading data from Streams.

NOTE: BeeSchema is still in development, so things may change and other things might not be too optimised. Also, BeeSchema was designed as a replacement for the limited structure definition support in Ostara. As such, some features that you require may not be supported.

The structure of a binary file to be parsed by BeeSchema is defined in a simple text file (usually with the extension *.bee) that uses a custom language designed specifically for this purpose. These schemas can then be loaded by BeeSchema, and later used to parse binary files and turn them into more human-readable data. The basic structure of any schema file consists of optional custom data types and a schema block that represents the entry point of the schema file. This block is where BeeSchema will begin its parsing of binary files. For example, a schema file for a simple binary file that consists of a 32-bit integer followed by an 8-bit integer might look like this:

BeeSchema supports a number of primitive data types. The following table lists these types, along with a short description and their size in bytes.

NOTE: Primitive type names are case-insensitive, so an_int : int is exactly the same as an_int : Int

Arrays are also supported. They can be declared like so:

You can use a previously-declared variable for the array length:

and even perform arithmetic operations in the length specifier:

NOTE: Referencing variables inside a custom type is not currently supported, but is planned for the future. Absolute and relative pointers may also be added.

Structures can be used to define the structure of a block of data. They are useful for when your data file contains several blocks of data that share the same format. Structures are defined with the struct keyword, and can contain any type and number of other variables, including other previously defined structures, enumerations or bitfields:

Once defined, structures can be used like any other type:

When parsing structures, BeeSchema will return a collection of results, with each one representing a separate variable inside the struct (the same applies to bitfields and arrays).

Enumerations can be used for variables that have a fixed number of values that you might want to associate names with. By default, values in an enumeration start at zero and increment by 1, but they can also be manually assigned. Enumerations are defined with the enum keyword and must always declare a base type so that BeeSchema knows the size of the data to read:

Bitfields are used to represent data that packs several values together. They are defined with the bitfield keyword and, like enumerations, must declare a base type. Additionally, each variable inside a bitfield must specify its size in bits:

BeeSchema has basic support for conditionals and loops, including if, unless, while, and until. Conditions for these can consist of references to previously-defined variables, macros, and comparison operators (!, ==, !=, <, >, <=, and >=). Conditions can be chained together using OR (||) or AND (&&):

The following table lists the currently supported conditionals and loops and a brief description of their purpose.

BeeSchema supports a few macros that provide information about the current binary file being parsed. They can be used as conditions and in array length specifiers. Macros are prepended with the @ character and evaluated by BeeSchema while binary data is being parsed. The following table lists the currently supported macros and what they represent.

Schema files support both single-line and block (multi-line) comments. When BeeSchema discovers a comment, it will attach it to the most recently-declared variable. This is useful for including annotations that you would like to display in your program along with the data.

Single-line comments are declared by the # character, followed by the comment itself:

BeeSchema allows you to include other schema files inside your schema file. This will import all of the defined custom data types, but will ignore the schema block inside that file:

This can be useful when several data formats share common types as it prevents you from having to repeat code and helps reduce the size of schema files.

Here's an example schema file that demonstrates all of the current features of BeeSchema:

To use BeeSchema, create an instance of the Schema class using the static FromFile() or FromText() methods. You can then parse a binary file by passing the filename, a byte array, or a Stream object to the instance's Parse() method. Please see the Example project for a simple example on how to use BeeSchema and the resulting parsed data.