Holt-Winters forecasting is a way to model and predict the behavior of a sequence of values over time—a time series.

⚡ I have created a new python library which makes TSA easier and faster, do check it out @ Pytsal

Before getting into the analysis of the real-time series model let's understand a few basic concepts required to have a deeper understanding of the topic.

A time series is a sequence of numerical data points in successive and chronological order. Generally, the x-axis or index is taken as time and the y-axis or value represents the value for the corresponding x value.

Before knowing what is exponential smoothing lets understand why it's required.

The real-world datasets for time series are hard to forecast and generally, it's assumed that data of recent past have higher significance compared to old data, hence more weightage is given to recent data than older data.

The problem faced with weighted moving average is choosing the appropriate weights for each level.

If you have some time series xt, you can define a new time series st that is a smoothed version of xt.

The following graph with α=0.5 shows how weights of older data diminish over time. The black bars denote the actual value(xt) and colored bars denote the smoothened value(st).

Holt's model or Double Exponential Smoothing is an extension to simple exponential smoothing.

What is Holt's Model?

The following graph illustrates how holt's model is used to forecast time series having a trend component. Holt-Winter model is an extension of Holt's model. This takes into account all the 3 time-series components (level, trend and seasonality). The seasonality component of time series is an important component since most real-world data have a seasonal period.

The following graph illustrates how the Holt-Winter additive model is used to predict seasonal data having a constant seasonality of period=12 or 1 year. 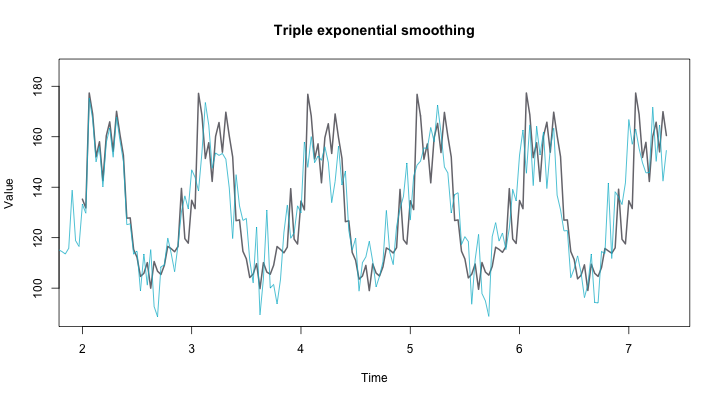 Holt-Winter multiplicative is useful in cases when the time series has the seasonality component changing over time.

The following graph illustrates how the multiplicative model is used to generate forecasts to predict seasonal data having the seasonal component changes over time.

What is Brutlag algorithm?

The following graphs illustrates how Holt-Winter's model and brutlag algorithm are used to identify anomalies present in the time series. 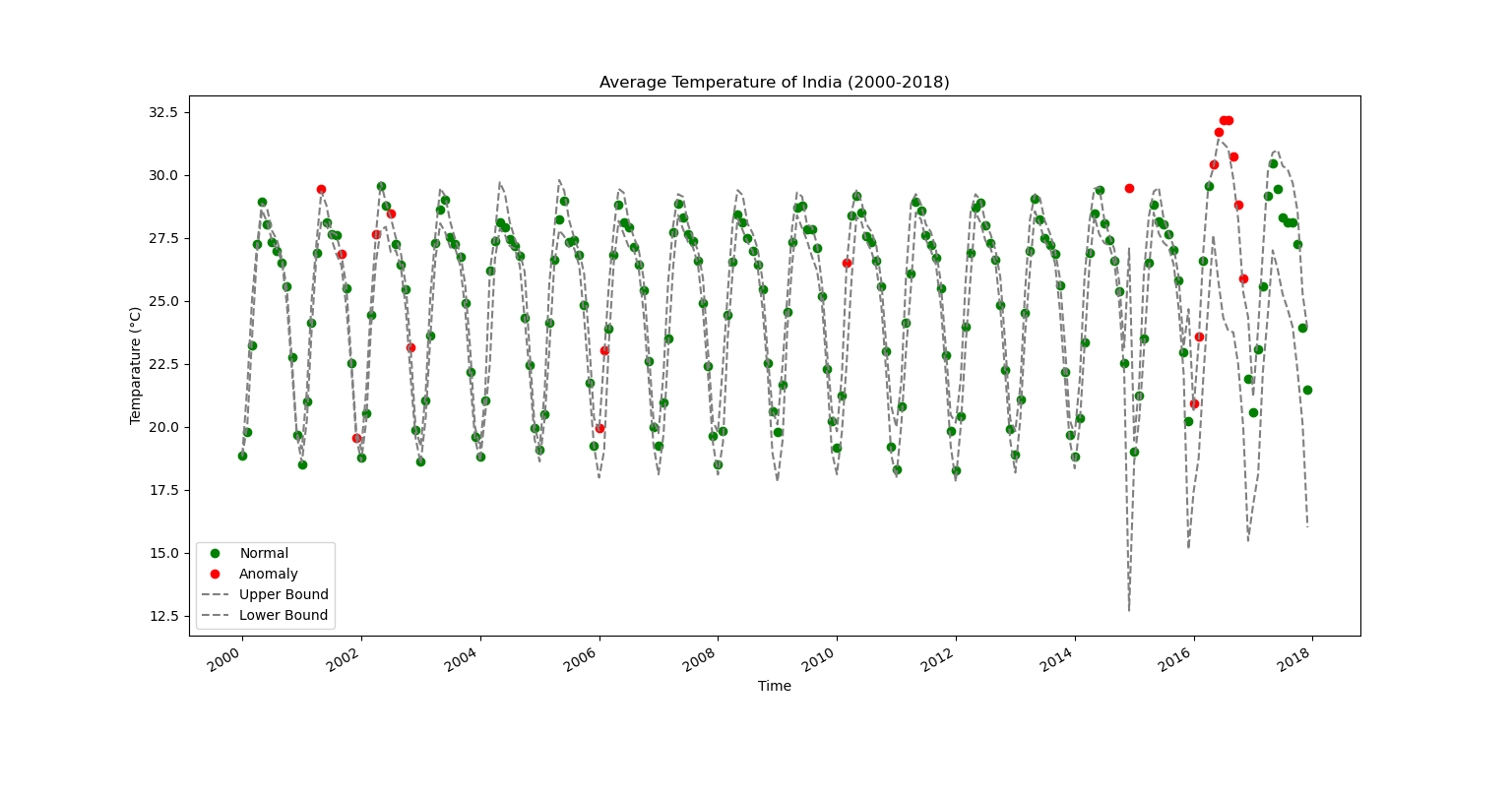 Ok!, that's a lot of theory and math, let's get started with the analysis.

The notebook contains the sales data analysis along with the following:

For those who prefer python script over jupyter notebook.

Note: The datasets used for the analysis can be found under the dataset folder.