The Functions Framework lets you write lightweight functions that run in many different environments, including:

These functions allow you to easily handle HTTP requests or CloudEvents in a Functions as a Service (FaaS) programming style. 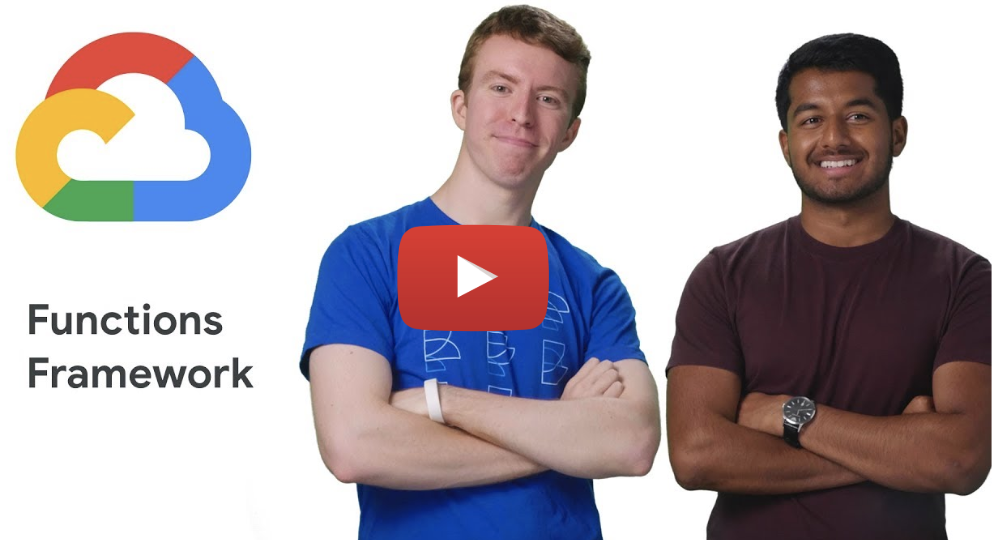 The Functions Framework is implemented for these runtimes:

The Functions Framework library may be configurable via command-line flags, environment variables, or within the function code itself:

Note: This section is useful for Function Framework builders. Developers should view individual function framework repos for how to use a specific framework.

This contract builds upon the baseline compliance of the existing Cloud Run contract (e.g. the Knative Runtime Contract), which itself is built on OCI.

Functions Frameworks aim to minimize the amount of boilerplate and configuration required to create a runnable stateless container. The overall goal is to maximize productivity and free the developer from repetitive development tasks that do not directly contribute to solving customer problems.

Functions are generally deployed to stateless compute environments. In such an environment, the container or other environment that is running the function may be instantiated from scratch, paused, started or stopped based on inbound request volume.

No work is done after a response is sent.

For performance, efficiency and correctness reasons, the framework must be able to handle multiple concurrent invocations of the developer's function.

When the framework and function are deployed as a container to a Knative environment, additional Lifecycle considerations apply. As a general rule of thumb, frameworks should do as much as possible to ensure they are ready to receive traffic before listening on the HTTP port.

The framework's web server must listen to ingress HTTP requests defined with the following URL scheme using the PORT specified above:

Requesting this URL would invoke the function $FUNCTION_TARGET.

In a different example, a service using the Functions Framework could have the url us-central1-my-gcp-project.cloudfunctions.net/my-function.

Note that the framework must listen to all inbound paths (.*) and route these requests to the function, with the following exceptions:

The developer must signal the function's signature type to the framework. This enables the framework to take appropriate unmarshalling, invocation and completion signalling steps.

When the container receives an ingress request, the framework must invoke the developer's function by passing a language-idiomatic representation of HTTP objects as arguments to the function. These objects must enable the developer to perform common HTTP tasks, such as inspecting the request's content encoding or headers. These objects should be accurate representations of the HTTP request received by the execution environment (i.e., path, body and headers should not be modified before passing them to the user's function).

Your function have must use the following signature:

The Functions Framework may support signature type events. This signature supports non-CloudEvent style events. Your function have must use the following signature:

Where the parameters have the contents detailed in background functions.

In addition to the standard CloudEvent properties, the framework may add a traceparent property to the cloudevent object, following the Distributed Tracing extension. This value for this property is retrieved from the HTTP header name: traceparent.

More about the traceparent header can be read in W3C Trace Content docs.

To prevent caching, by default, the Functions Framework should not send an etag header in the HTTP response.

The framework must allow the developer to specify (1) the port ($PORT) on which the web server listens, (2) the target function to invoke in response to ingress requests and (3) the function's signature type.

The framework may, for developer convenience, provide multiple mechanisms (for example, environment variables, command-line arguments, configuration files) for developers to specify configuration. If multiple methods are provided, the order of precedence must be the following:

The framework may provide built-in observability support. For example, the framework might automatically add Trace spans, collect profiling information or provide a logger.

If such integrations are provided, they must be clearly documented and users must be able to enable or disable them. Disabling these integrations should result in a graceful default experience.

A function-to-app converter must be provided. This converter takes function code as input and creates app code as output. This app code must be buildable into a container using an app-to-container converter (such as a Cloud Native Buildpack).

Example steps taken by the function-to-app converter may include: