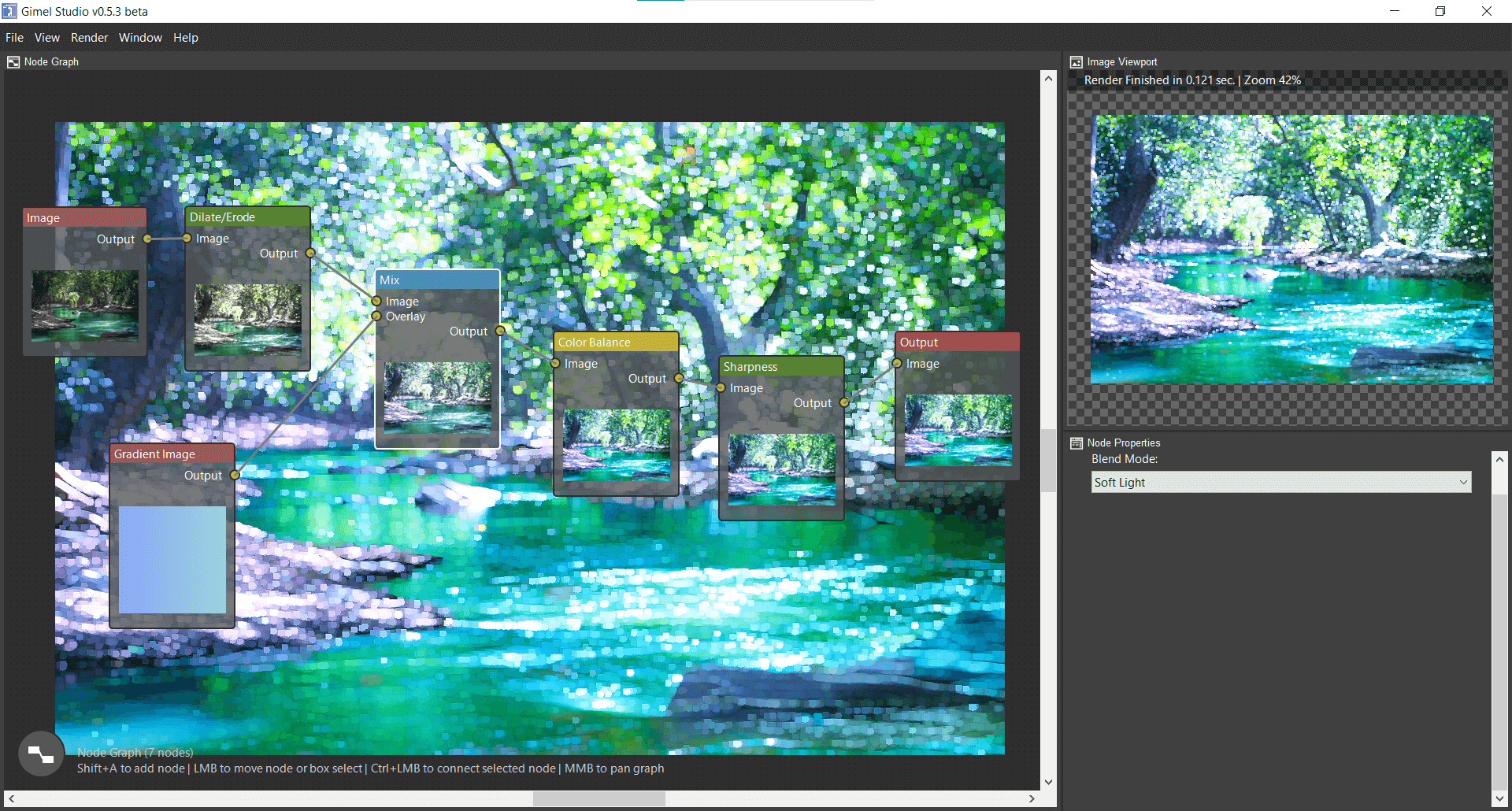 🚀 New development is now focused on the 0.6.x series in the new repository.

The next generation of Gimel Studio is the v0.6.x series. Join us in planning and development!

⚠️ This repository is the previous version which will no longer be maintained.

The aim of this project is to provide a non-destructive (and fun!) python-based image editor with a workflow for compositing, masking, manipulating, generating and editing images via both CPU and GPU processing. As a core principle, Gimel Studio has a simple, yet powerful API allowing users to script their own custom nodes (and thus effects, manipulations, etc) in Python.

The version in this repository provides only basic image editing features such as flip, color balance, brightness, contrast and blur effects, as well as more advanced editing capabilities such as generating PBR maps for use in 3D from image textures.

Building the documentation from source

The Gimel Studio docs use the Sphinx package.

You will find the HTML docs in the build folder.

Gimel Studio is licensed under the Apache License, Version 2.0. See the LICENSE and NOTICE files for full copyright and license information.