The main idea behind Chasm is to reuse password patterns in a way that is likely to produce probable password candidates.

So how does this work? 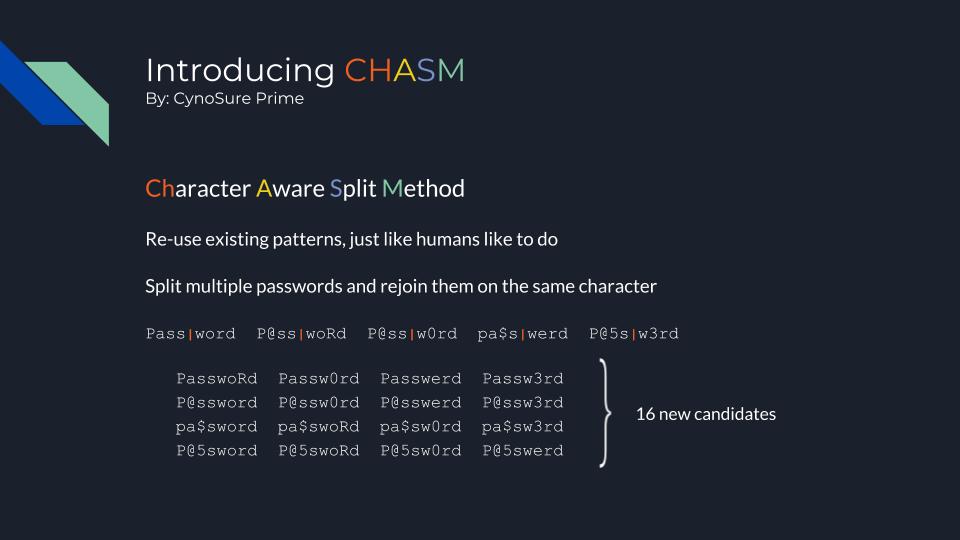 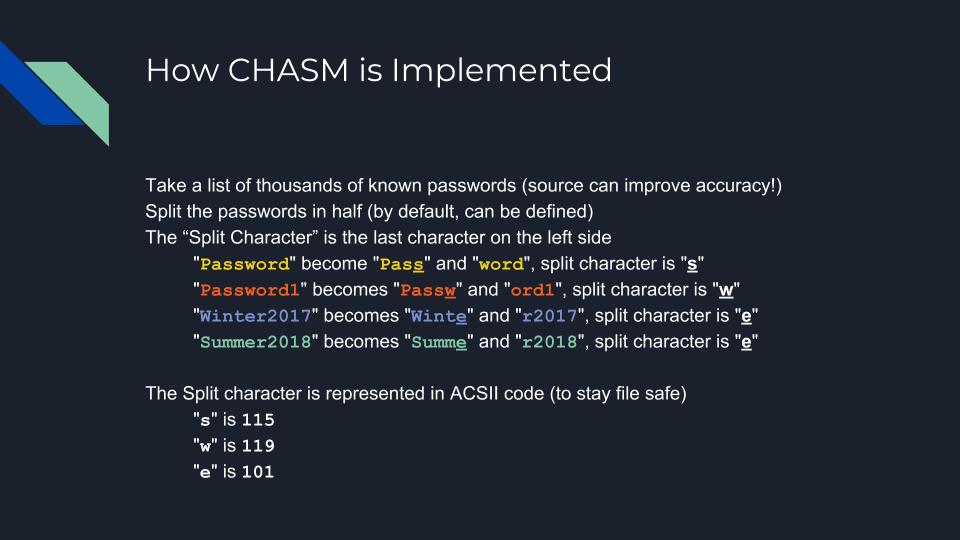 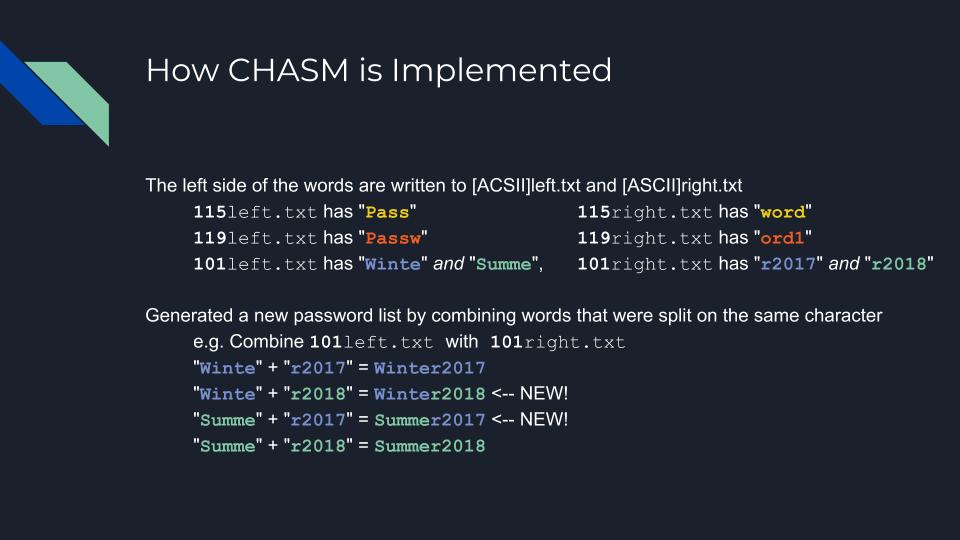 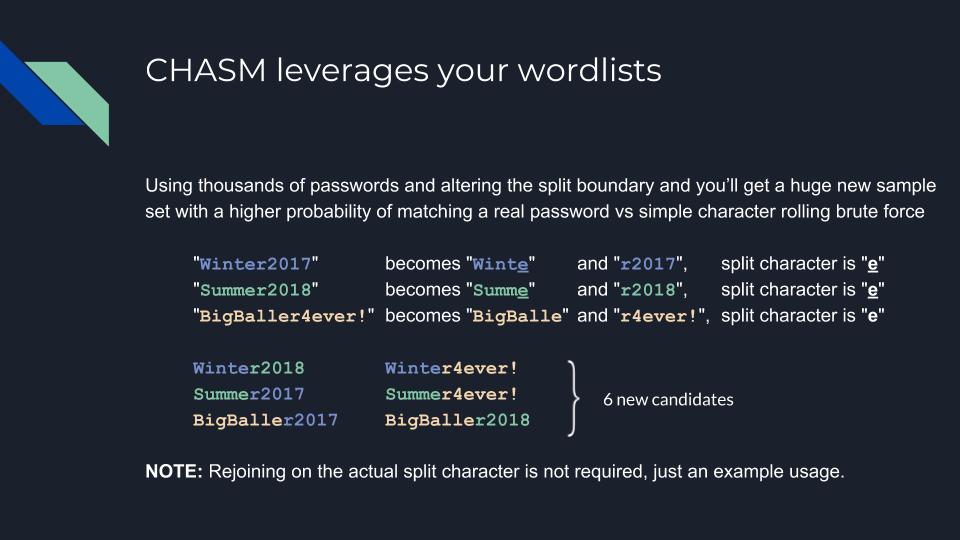 $ make
Or get the precompiled binaries. They are statically linked against libjudy.