boilerplate for nightwatch.js with selenium

I created a Boilerplate for nightwatch to use with and also without nightwatch-cucumber.

First you need to install Node.js (https://nodejs.org/en/) and Java.

In this boilerplate you find one test which does a simple GUI Test in Google. The configuration is set up (nightwatch.conf.js) that the selenium server is started with the test and you do not have to start the server manuelly. The test is saved under tests/src/ and also as a cucumber version under features/group . 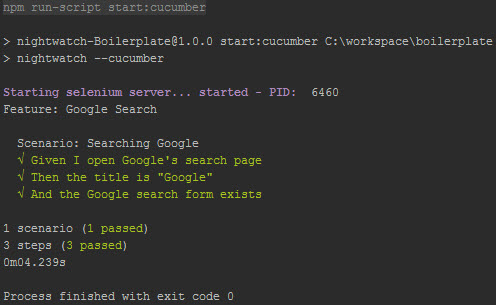 under features\reports will be a HTML Report created after each cucumber test run. 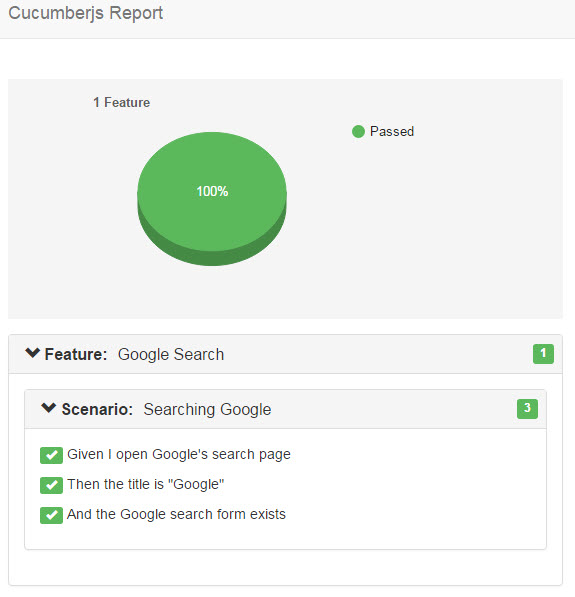 to set up the default starting browser

open nightwatch.conf.js in the main folder

to set up that the selenium server starts with tests

open nightwatch.conf.js in the main folder

In the docker-compose.yml are one Selenium Hub (2.53.1) and two nodes (chrome and firefox) configured. The Images are from https://github.com/SeleniumHQ/docker-selenium

To start/build the Docker containers run this:

After that the containers for the Grid and Nodes are build and ready to use.