Neptunium (or Nep for short) is a reimagining of Hanasu, a streaming radio player catered to Japanese and Korean music. Hanasu began as a proof of concept and a hobby project. Neptunium began as an attend to build Hanasu as a Windows 10 Universal application. Neptunium runs on Windows 10 PC, Windows 10 Mobile phones and Xbox One (via Windows 10).

I don't plan on supporting custom stations inside the application unfortunately. The part of the reason is because I wanted to limit the scope of metadata sources I need to support. The other (major) reason is because at the time, Nep couldn't read the bitrate, sample rate and channel count from streams. That means I had to hard code every stream in the application and manually test each and everyone one. Of course, with recent updates to UWPShoutcastMSS, this is no longer a limitation.

If you have a station that you want to be included, consider submitting a pull request here. Please keep in mind that the theme here is Japanese or Korean music.

Neptunium was intended to be a codename for the next version of Hanasu. Early commits referenced it as "Neptunium (Hanasu Alpha)". The name comes from the chemical element, Neptunium. It is also a backhanded reference to the main character of the Hyperdimension Neptunia series. More specifically, the nickname "nep", comes from it.

Also, I wasn't a fan of the name Hanasu. Hanasu is the Japanese verb for "to speak" which didn't make very much sense for a music application. At the same time, the verb for "listening", "Kiku", didn't have the same ring to it. In the end, I decided to go along with Neptunium as a name.

More screenshots can be found here. 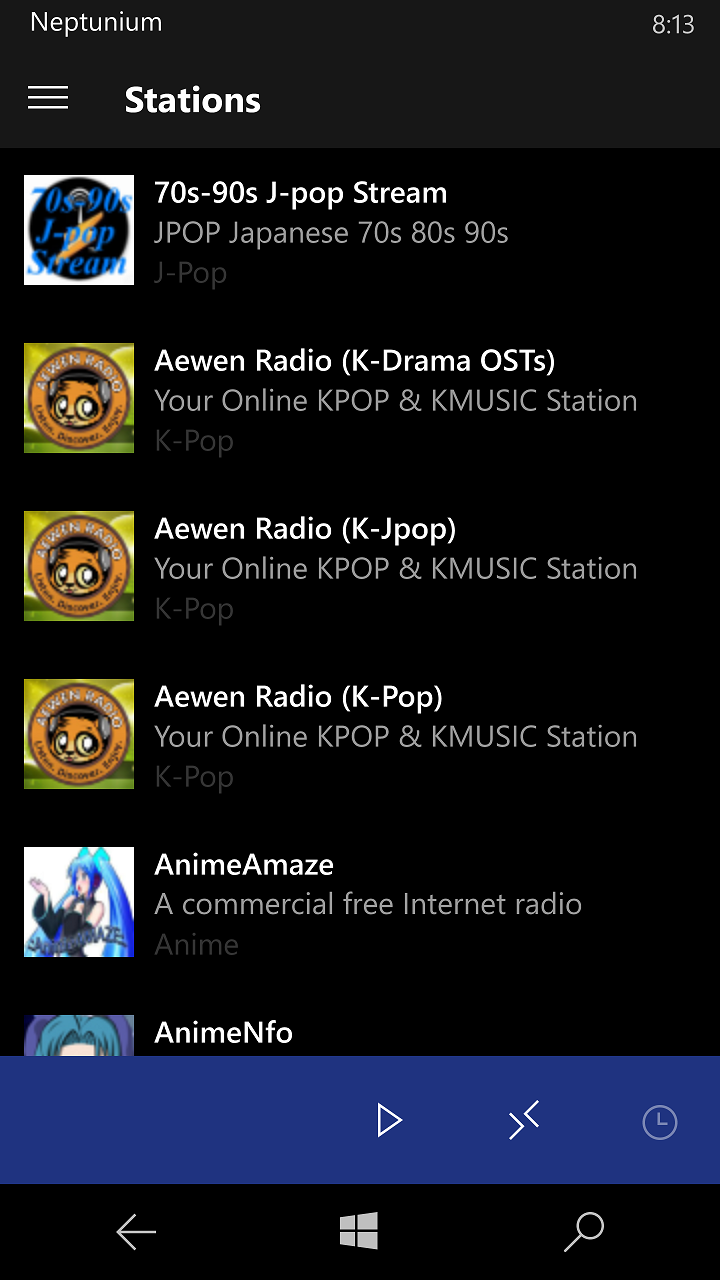 You can find Neptunium in the Windows Store via the following link: https://www.microsoft.com/store/apps/{app_id} where "app_id" is "9nblggh1r9cq" without the quotes. The reason that I am not directly linking to it is because I have the store listing set as hidden and I don't want it to be indexed in search engines at this time.

Here are some of the projects or libraries I've used when writing this: